Today’s online life has brought great benefits to the average person. However, it has also created some extra complications. One of them is the massive amount of passwords that people need to manage. Password managers for Mac are apps designed to reduce this burden, as they help the user to store and organize passwords. Here below is a review of the top five password managers available on the market. 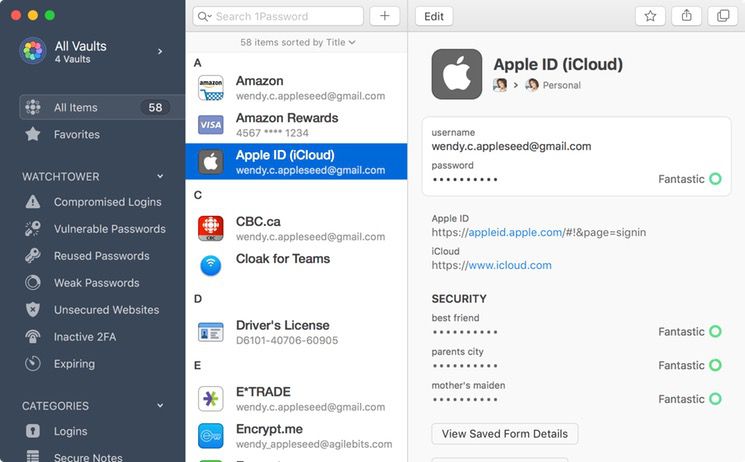 1Password is a commercial tool, with the option of a free 30-day trial. As its name indicates, the idea behind this password keeper for Mac is for the user to remember only one password, called master password, and which allows access to the app’s database. Once access is granted, all other passwords are managed via 1Password. This software uses strong AES-256 encryption to store the passwords.


In addition, the database can be accessed through mobile devices, using fingerprints and PIN codes. The database is very comprehensive, allowing for the storage of passwords, PIN codes, documents, credit card details, and more. The software is integrated with web browsers, and can help the user in creating passwords for online accounts, filling in credit card details, personal
forms, etc.

In brief, 1Password is a very complete Mac password manager, which helps the user in reducing the burden created by having to deal with many passwords. 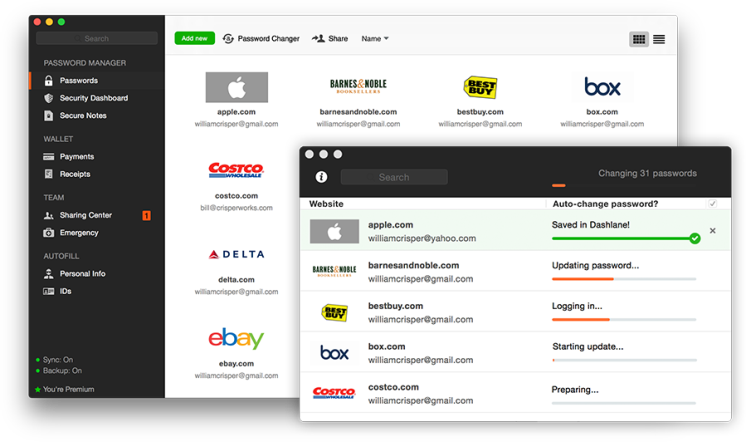 Dashlane is a password manager app and a secure digital wallet. It comes as a Freemium, which means that this is basically a free password manager Mac, which can be upgraded to a Premium version. In this case, the Premium version is very good, as it allows the user to handle an unlimited number of devices, supported by different platforms, in a sync manner.


Access to Dashlane is efficient, as it is done by a single master password, which is never recorded nor transmitted. Data is stored using AES-256 encryption. Other features include automatic password generation, two-factor authentication, secure backup, a dashboard, and security breach alerts. In addition, the developer publishes Security Roundup, a quarterly report on security policy analysis.

Together with the password manager, the app provides a digital wallet, where the user can store credit card information, bank account details, IDs and several other personal details, which can later be used to automatically fill in online forms. Its efficiency and ease of use prompted the New York Times to describe Dashlane as one of the best password managers for Mac.

Concisely, Dashlane is an excellent option as a Mac password manager. Both, its combined features and efficiency stand out in a very competitive market.

LastPass is a password manager Mac developed by LogMeIn, Inc. It is a commercial software application that it is offered for free, with a Premium paid option for many computers. It works with OS X, iOS and Android. 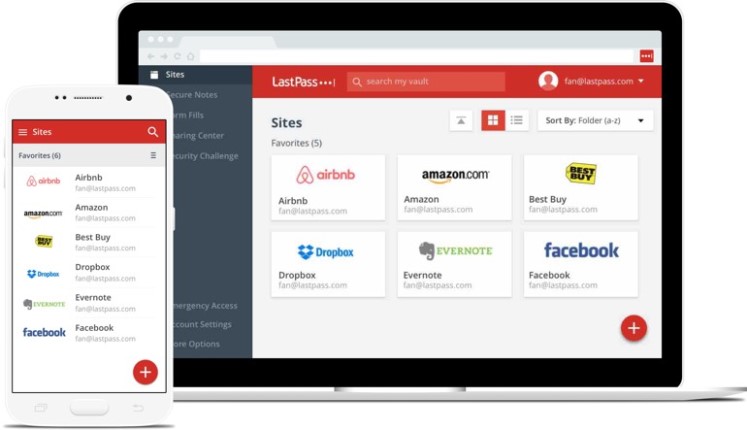 This Mac password manager has several interesting features such as the capacity to auto-populate passwords in web sites, and personal information in forms. This is complemented with a site sharing option.


In addition, it comes with a password generator, which helps the user to find more secure combinations of characters. It also has the capacity to check if a password has already been used. On the downside, the developer was admittedly hacked in 2015, and some master passwords stolen. Later in 2016, some anomalies were found.

Overall, this is a good free password manager Mac that can be used in a computer with confidence and efficiency.

KeepassX is probably the best password manager for Mac that is open source and for free. This app is basically an encrypted database of passwords, which comes in two versions: portable and installable. 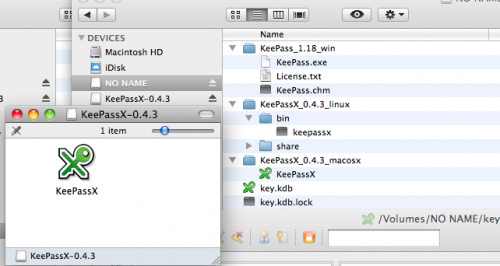 In addition, it has certain built-in extra capabilities, such as password generation, and the capacity to add third-party plug-ins and tools. This feature has generously extended its functionality to many devices, browsers and platforms.


Thus, this password manager, has profited from the open-source community-based approach, and although being originally primarily for Windows and named Keepass, it has extended its domain to OS X supported devices, and has become a multi-platform app.

In summary, KeepassX has grown, based on its open-source licensing, resulting in a valid option for today’s Mac users, who are supporters of the open-source approach.

This password manager Mac was developed by Apple and it is included in OS X. It is basically a database that contains passwords, private keys, certificates, and secure notes. 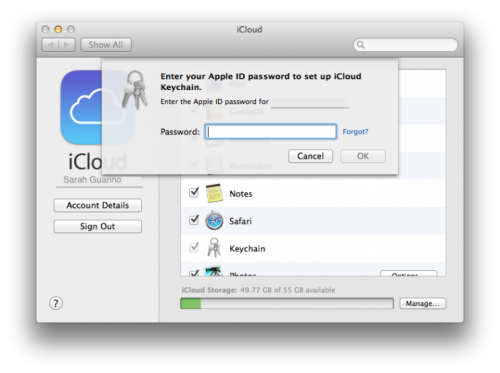 Passwords of different types can be stored, such as for websites, FTP servers, SSH accounts, wireless protocols, encrypted disk images and more. A nice feature of this password keeper for Mac is that access to the database can be done by the login password. Otherwise, a different password can be used. Keychain does not accept an empty password.

Apple introduced a password management service called iCloud Keychain in 2013. This service basically reintroduces the MobileMe Keychain syncing function, and it can be accessed via iOS and OS X. It stores the values using a 256-bit AES encryption algorithm.

Generally speaking, Keychain offers a free option to the Mac user, as the app comes with the operating system. Besides, as with most of Apple’s products, Keychain is characterized by its user-focused design, which is an important attraction for the typical Mac’s fan.