What Are Notepad Files?

One surprising benefit of plain text files is the fact that they are very easy to restore when lost or accidentally deleted. More complex text file formats, such as Microsoft’s .doc and .docx file formats, contain a lot of metadata, which makes them quite large and proportionally more difficult to recover.

There are many specific variations of plain text files and even more encodings. The good news is that you don’t need to worry about them at all to recover .txt files from your computer because our data recovery tool of choice , Disk Drill, takes care of everything for you.

Are Notepad Files the Same as Notepad++ Files?

Notepad++’s name might be similar to Notepad, but the two apps couldn’t be further apart.

The Notepad that comes with windows is a rudimentary text editor, helpful in taking the occasional note or putting together minimal task lists.

Notepad++ is a full-blown text editor that can also work as a light IDE, as in Integrated Development Environment, for writing code in many different programming languages.

Notepad++ and “vanilla” Notepad’s common point is that they primarily work as “plaintext editors“. Unlike apps like MS Office Word or LibreOffice Writer, the files they produce don’t have any extra formatting tacked on them.

Such formatting could wreak havoc in a string of code, adding unwanted characters or spacing that could change the way the code was supposed to work.

You don’t need headers, bold text, or pretty images between paragraphs when coding. Instead, you want clear and precise output without errors. Maybe with some extra help in the form of syntax highlighting to show you when you’ve mistyped a command in a particular programming language.

Apart from Notepad++, here’s a list of some of the most popular apps that also work with plaintext files and come with “extra features” for editing text, code, or both:

Undo Your Way Back

If the contents of the file you were editing in Notepad disappeared mere seconds ago, try undoing your last action. Use the CTRL + Z shortcut and, if it was your very last action that “cleared” the page, everything will return.

Were you using Notepad++ or a similar editor instead of the “plain” Notepad that comes with Windows? Even better, since the same combination (CTRL + Z) can usually undo multiple steps instead of the very last one. Thus, even if you performed some other actions after absent-mindedly erasing something in your text editor, you’ll be able to undo the damage by retreading your steps backward.

If you didn’t somehow “lose” the content of an active Notepad file while working on it, but the actual file was deleted, you might be able to get it back. It depends on how it was deleted.

Undoing a “soft delete” is easy – just look in the Recycle Bin/Trashcan of your operating system/desktop environment. You’ll find there all files that were deleted last.

A “hard delete” is also harder to undo, but not in the “demanding more effort” sense. It’s just a more complicated process since you need to use third-party software, as we’ll see next.

There are many data recovery applications you can use to (try to) get your lost files back. However, out of all of them, we always find ourselves returning to Disk Drill. It’s got a straightforward interface and achieves excellent results while being quite affordable.

With the Basic edition of Disk Drill for Windows, you can recover up to 500MB of data for free, which should be more than enough for hundreds and probably thousands of text documents.

That said, Disk Drill can recover hundreds of other file formats, making it an excellent choice for all kinds of data recovery jobs.

Best of all, it turns what could be a complicated data recovery process into a series of bite-sized steps:

💻 We went through the recovery process on Windows, as reflected by the screenshots above. However, it’s worth noting that the steps are virtually identical if you’re on a Mac.

The original Notepad, which is present in Windows 10/8/7/XP, doesn’t have a recovery feature, but if you use another text editing application, you may still be able to recover unsaved text files anyway by retrieving them from temp files . 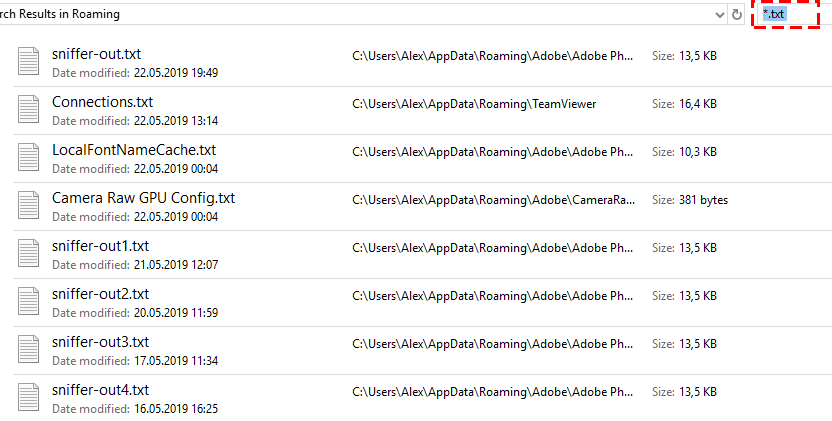 How Can I Protect My Notepad Files?

Even though you now know how to recover Notepad files unsaved from your computer, you’re probably wondering if there’s some way how to protect them from becoming accidentally deleted or lost. Well, we have great news for you: Disk Drill comes with free data protection features, which ensure that you can always get back your files in case you lose them. 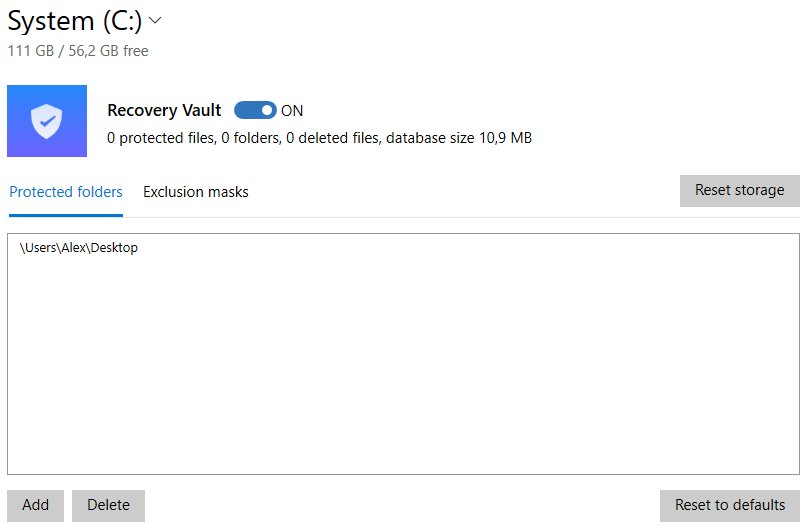 One such feature is called Recovery Vault , and its purpose is to protect a particular drive or partition by monitoring that drive or partition for changes. When you accidentally delete a file, Disk Drill will automatically remember its metadata, allowing you to effortlessly recover it in the future.

Notepad++ is equipped with many powerful features not found in Notepad. Thankfully, some of them exist precisely for undoing any loss of work.

Do you want to customize further how Notepad++ keeps snapshots of your work, and enable its backup feature?

How to Recover Notes on Mac

As you can see, it’s not that complicated to recover deleted or unsaved Notepad files. In many cases, you can simply retrieve lost Notepad files from the temp folder. When that doesn’t work, there’s always Disk Drill, an easy-to-use data recovery tool capable of delivering professional results.

With Disk Drill, you can recover not just Notepad files and other text files but also hundreds of other file formats, including DOC, XML, and PDF, and you can also protect your files thanks to Disk Drill’s data protection features. You can download Disk Drill and use it to recover up to 500MB of data for free, and you can always upgrade to Disk Drill PRO for unlimited data recovery.

How to Recover Notes on Mac

Where are notepad files saved on Windows 10/11?

Notepad doesn’t have a default location where it saves files. Depending on various variables, its file requester window might:

How to recover unsaved notepad files on Windows 10?

Unfortunately, despite what others might suggest, it’s impossible to recover truly unsaved files in Notepad.

Unlike other text-editing apps, Notepad doesn’t keep backups, snapshots, or use temporary files. If you never save the document you’re editing in Notepad to a file, it only exists in the computer’s RAM.

(Potentially recoverable) data is stored on a storage device only when Notepad saves a document. With zero saves, there are zero files from which you could recover lost data.

How to recover an unsaved notepad file after reboot?

It is not possible to recover files that were never saved from Notepad to a storage device for the reasons we explained above.

Notepad doesn’t support backups, snapshots, or use temporary files. Thus, with nothing saved, there’s nothing to recover.

How to recover notepad files from Android?

Google’s Android OS doesn’t come with a default notepad solution. So, it’s up to each device’s manufacturer or the user to equip their smartphone or tablet with one.

Because of that, there’s no single way to recover notepad files on an Android device. It’s easy, though, if you’re using a computer.

Robert is a freelance writer who graduated from Pace University in New York with a Computer Science degree in 1992. Former computer specialist at IBM. Over the course of a long IT career, he has worked for a number of lar...

Robert is a freelance writer who graduated from Pace University in New York with a Computer Science degree in 1992. Former computer specialist at IBM. Over the course of a long IT career, he has worked for a number of lar...