How to Recover Deleted Files after Windows 10 Update

After the disaster that was the Windows 10 1809 update, which was released in October 2018 and erased the documents, photos, and music folders of some users, Microsoft managed to publish another file-eating update.

Called KB4532693, this seemingly innocent update was released on February 11, 2020, and many Windows users who have installed it lost important documents, pictures, files, and personal settings.

“I guess this latest update happened last night. I switch on this evening and all my personal settings are deleted. No bookmarks in Firefox or Chrome. I don’t want Bing or Internet Explorer. Wallpaper removed. Screen resolution shot. This is what I found in the first few minutes. What else have you managed to break?”  – wrote a user with the handle PaulHiggins3 on Microsoft’s user forum.

Of course, this is not what you expect when updating your Windows 10 system. Most updates are expected to be installed with little or no negative impact on the user. Even if you did not have problems after updating your system, the problem emphasizes the fact that operating system upgrades and updates can pose a risk to your data.

Let’s take look at what exactly seems to have happened and how you can use data recovery software to restore files deleted by this Windows 10 update.

Ways to Recover Your Lost Data after Windows 10 Update

Best practices would have you take a backup of your system before any OS update. Even minor upgrades can have serious unintended consequences and larger updates should always be treated carefully. Taking a backup of your machine before an update is a step that you shouldn’t skip. It might save you a lot of time if things go wrong.

For this reason, it is often recommended to have automatic updates turned off so you can perform them after your data is adequately protected.

We all know that best practices are not always followed. You might have assumed that all would be well and initiated the Windows 10 update on your computer. Now you are faced with the prospect of trying to recover a bunch of deleted files.

If you have been subject to this, or any other data loss scenario on your Windows machine, data recovery software may help you recover your lost files. Here are the steps to follow to attempt to recover your data.

As soon as you realize that you have missing files, stop using the affected drive as much as possible. Though the files appear to be deleted since they are not currently visible to your operating system, they probably have only been logically removed from your computer.

The files still physically exist on the storage device. This potentially allows the files to be recovered by data recovery software. Continued use of the drive exposes those storage locations that have been logically deleted to be reused by the system. Once new data is written to those locations, you will not be able to restore the original files.

Use a USB drive to download and install Disk Drill and run it from that drive. This is also to avoid having the application saved or installed over some of the files you want to recover. These steps will greatly reduce the possibility that your files will be overwritten by your operating system.

Step 3. Select the disk or partition where the lost files were located. In the context of this article, it is supposed to be your system drive with the original redirected folder. 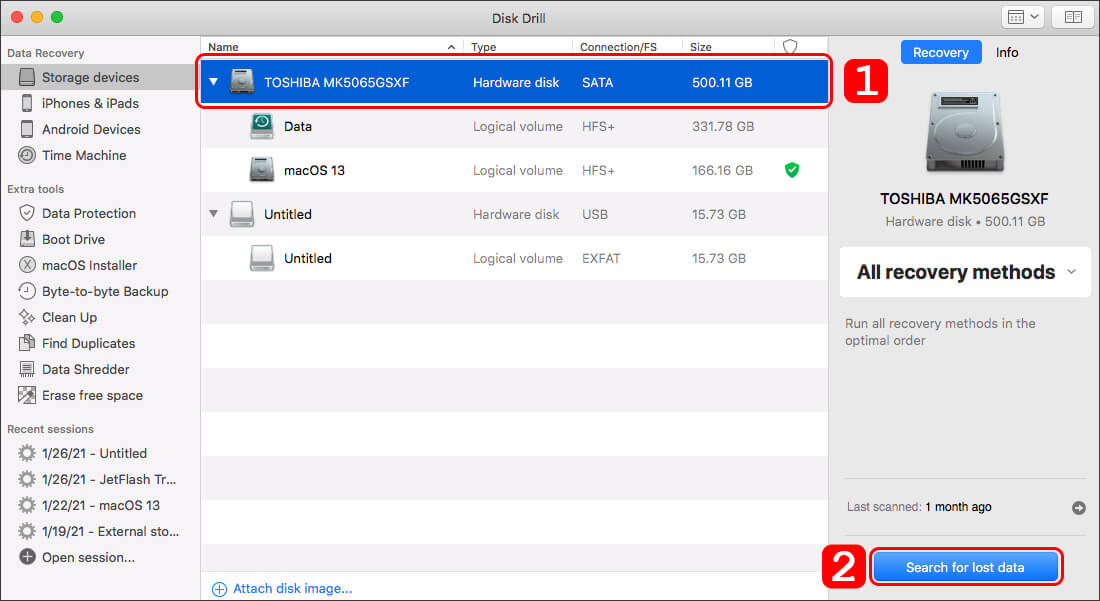 Step 4. Click on the “Search for lost data” button to initiate the application’s scanning process. You will be presented with a list of files that the application can find and that are potentially recoverable.

Step 5. Select the files that you would like to recover and a location at which to store them. Do not use the original location or drive as you might overwrite the files during the recovery process. 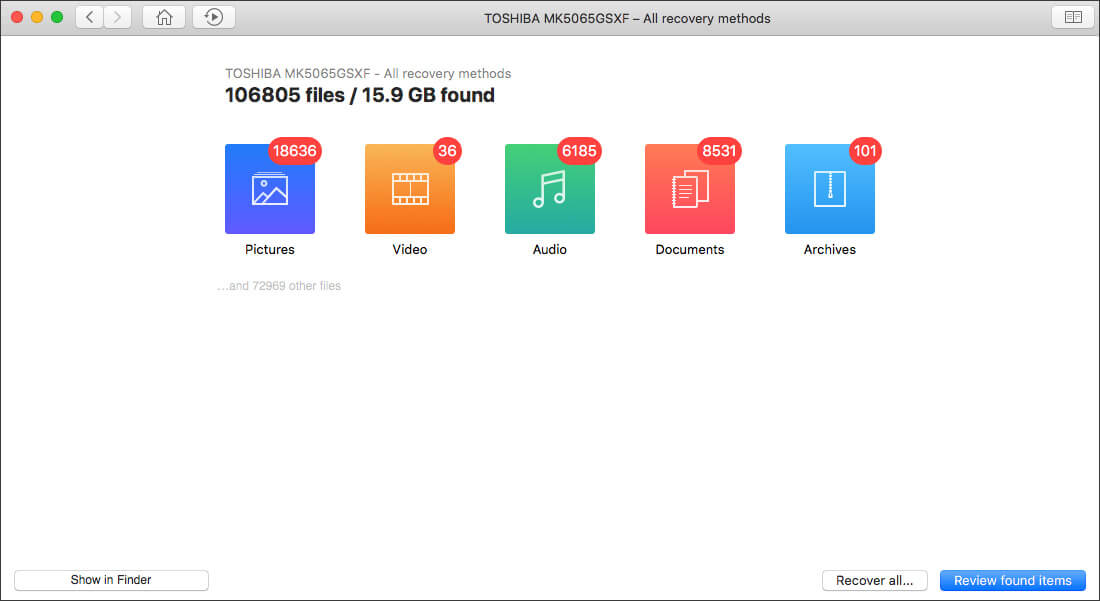 Disk Drill employs powerful scanning algorithms to recover and reconstruct your deleted files. Deep scanning technology scours your disk sector-by-sector and gives you the best chance of restoring your files.

Disk Drill offers you a risk-free data recovery and protection application for Windows 10. The application is available as a free download and can be used to recover up to 500MB of data without spending a cent. If you find that there is more data that needs to be recovered you can easily upgrade to a fully licensed version with no limits on the amount of data that can be recovered.

You can also use the app to preview all of the files that can be recovered before purchasing the software. In addition to its data recovery functions, the software offers advanced data protection features that help prevent future data loss. It might be just what you need to recover from a faulty Windows 10 system update.

Microsoft has identified three related scenarios in which a user could potentially experience data loss. They all involve the redirection of known Windows folders such as Desktop, Documents, Camera Roll, and Pictures from their original location to a new one by enabling Known Folder Redirection (KFR).

The data loss issue seems to have been introduced when Microsoft addressed a bug found in testing the update prior to the October 2018 release. That anomaly resulted in an empty, extra copy of Known Folders on a machine after the update. While fixing this problem, the code Microsoft used may have caused this new and more damaging problem.

Now, instead of having duplicate copies of folders, the problem is that some folders that you expect to be available are gone. Under certain circumstances, the original locations that are specified to be redirected by KFR can be deleted.

Here are the conditions that Microsoft indicates are responsible for a possible data loss situation:

If your system was configured in any of these ways, you may have data loss issues when you perform this update. Microsoft has indicated that the issues that caused the problem have been addressed before restarting the rollout. Hopefully, this is the case and no other unexpected data loss scenarios rear their ugly heads. We would suggest that you proceed with caution if you employ KFR on your computer.

Which Windows 10 update is deleting files?

On February 11, 2020, Microsoft released a buggy Windows 10 update, KB4532693, which caused files to randomly disappear from certain users’ desktops. The issue took Microsoft some time to fix, and many users had to recover their data using data recovery software.

How to make a secure backup on Windows 10?

Windows 10 can create a full system backup that you can use to restore your operating system to an earlier state: