How to Understand the Warning Signs of a Hard Drive Failure

How to Deal with a Hard Drive Failure

There’s a huge difference between a hard drive failure and an operating system crash. The infamous Blue Screen of Death (BSOD) that shows whenever a computer running Windows experiences a fatal system error is an example of the latter. Failures like this are bothersome, but they usually don’t affect files on your hard drive in any way. 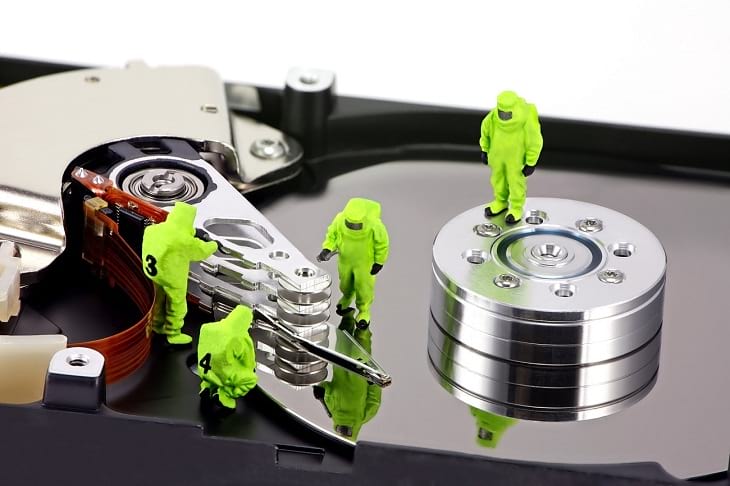 They commonly are a consequence of a poorly optimized driver or a badly written application executed as the system administrator. The latest version of Windows handles crashes like this quite well, typically automatically solving the problem after a system reboot. To avoid BSOD and other software problems, you only certified hardware with well-optimized drivers. Manufacturers of less central computer components, such as sound cards and video capture cards, are known for abandoning their older products and leaving their customers with software drivers.

A hard drive failure can occur as a consequence of either physical or logical damage. Common causes of physical damage include excessive heat, moisture, dust, shocks, and compression. This type of damage physically prevents the affected disk from working, leaving you with very limited recovery options. A logical damage, on the other hand, affects only your ability to boot into the operating system, not the health of the hard drive.

To recover files from a failed hard drive, you should always use a specialized data recovery software. Such software should be able to restore all file formats that you wish to recover, and it should support both your operating system and the file system used on the damaged disk. Moreover, you shouldn’t have to spend hours reading a complicated user manual just to know how to use it.

Hard drive recovery with Disk Drill is simple but very effective. The application was designed with modern principles of usability in mind, making it equally suited for amateurs and professionals alike. Disk Drill can be downloaded for free and used to recover data from all common storage devices. It supports over 200 different file formats and combines several powerful scanning algorithms to probe the internal structure of the storage device, looking for small fragments of files.