How to Recover Canon CR2 Image Files from a Memory Card

What Is a CR2 Photo File? 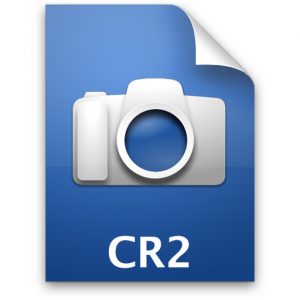 CR2 is the third file format used by Canon to store raw sensor data. The first was the Camera Image File Format (CIFF) file format, released on February 12, 1997. CIFF was later replaced by the CRW image format, which is now being superseded by the CR2 format.

You may now be thinking “I know what is CR2 file, but how do I open it on my system?” Good question. On most systems, you will have to install either the Microsoft Camera Code Pack or Canon RAW Codec Software. Both give the native image viewer the ability to open CR2 files natively without the need for third-party software.

What Is CR2 Format Used for?

To answer the question of what is CR2 format used for, it’s important to understand the role of RAW files in digital photography. Much like negatives in analog photography, RAW files store the unaltered information as it is captured by the camera sensor. As such, RAW images are actually not images in the conventional sense of the word. Instead, they are data that can be interpreted by software and converted into raster images.

When you take a RAW picture using your Canon camera, you don’t have to worry about setting white balance or picture style perfectly, as you can adjust these things later using a RAW editor. RAW files also capture much more information about the scene than conventional image formats can, allowing you to extract a lot of detail from shadows and areas of the image that would otherwise end up overexposed.

The CR2 format also enables non-destructive image editing, making it possible to make infinitely many adjustments and changes to the image while still being able to revert back to its original state.

If you decide to configure your Canon camera to save pictures as CR2 files, you should purchase a large SD card, as RAW files can quickly fill up space on your memory card. Also, don’t expect that you will be able to view CR2 files on any smartphone, tablet, or TV; the support for the format is quite limited outside the world of desktop computers.

How to Recover Deleted CR2 Files

Steps to Recover CR2 Files from an SD card: