Notepad++ is basically what would happen if you were to inject Notepad with steroids and forced it to work out. It supports several programming languages and features syntax highlighting, syntax folding, PCRE (Perl Compatible Regular Expression) search/replace, auto-completion, multi-document editing, WYSIWYG printing, zoom in and zoom out, bookmarks, macro recording and playback, and more. 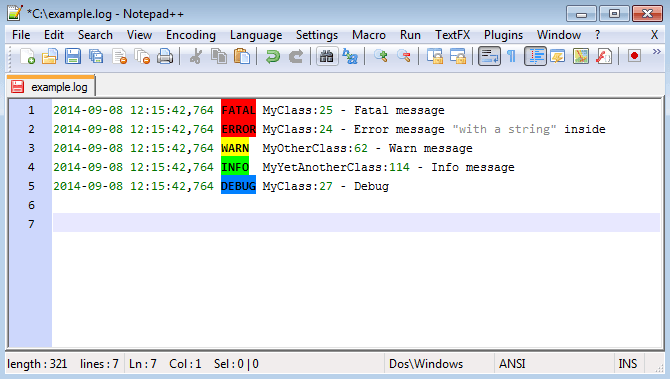 Notepad++ is free and open source, first released in 2003 by Don Ho. It’s written in C++ and based on powerful editing component Scintilla. This free open source library supports many features to make code editing easier in addition to error indicators, line numbering in the margin, as well as line markers such as code breakpoints.

Because of its extensive features, support for 84 languages, and free price, Notepad++ was voted as the most used text editor worldwide with 34.7 percent of 26,086 respondents on Stack Overflow claiming to use it daily. It has also won a number of prestigious awards including the “Best Programming Text Editor for Windows” award from Lifehacker in 2011 and 2014.

Why Is Notepad++ Mac Not Available?

Notepad++ relies extensively on Win32 API, the 32-bit application programming interface for modern versions of Windows. Win32 API consists of many components, including things like file systems, devices, processes, threads, and error handling. It’s also responsible for that instantly recognizable Windows look and feel that many long-term users of the operating system find so appealing. In short, without Win32 API, there’s no Notepad++. At least not without a major rewriting of the application.

If Notepad++ were a commercial project, there’s a chance that it would make a sense to develop and maintain a separate version for macOS (and Linux), but it’s free and open source, so the motivation is limited. Porting Notepad++ to another operating system would also break the compatibility with most plugins, essentially fragmenting the Notepad++ community.

How to Run Notepad++ On Mac?

Because of extensively Notepad++ relies on Win32 API, there are two possible ways how to run it on macOS: rewrite it so that it doesn’t rely on Win32 API anymore, or provide it the necessary API. We’ve already explained why the former is unlikely to happen anytime soon, but the latter is already possible using virtual machines and emulators. 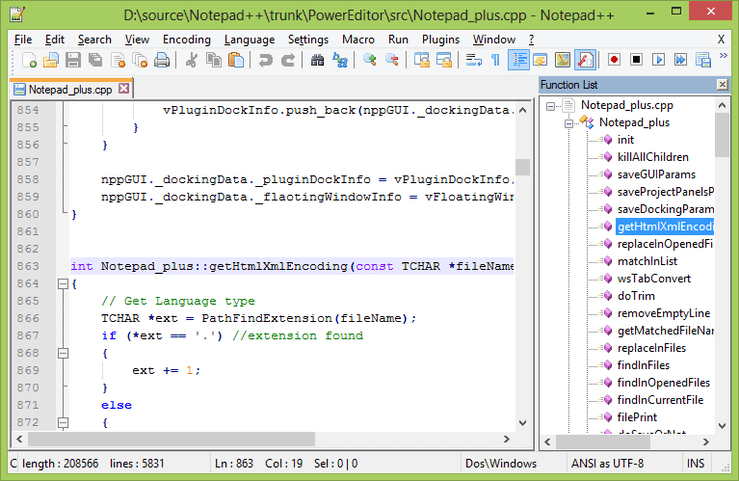 Wine is a recursive backronym for Wine Is Not an Emulator. What is Wine then? A free and open-source compatibility layer whose goal is to emulate the Windows runtime environment by translating Windows system calls into POSIX-compliant system calls. It also recreates the directory structure of Windows systems and provides alternative implementations of Windows system libraries, services, and other components.

As you can see here, Notepad++ runs well in Wine, especially its earlier versions, which rate rated Gold and Platinum. Wine’s rating system is designed to assist users by giving a rating based on other users’ experience:

To install Wine on macOS, you need macOS 10.8 or higher, and you must set Gatekeeper to NOT block unsigned packages. If you meet these prerequisites, you can continue by following the steps below:

The main advantage of running Notepad++ (or any other application) using Wine is that it runs side-by-side with native macOS applications. But due to how Wine works, minor bugs are to be expected. A bug here and there may be acceptable if you use Notepad++ only to occasionally edit a text file, but they can quickly make Notepad++ unusable for software developers or anyone who wants to use it extensively.

That’s where virtualization software solutions such as VMware Fusion come in. With it, you can set up a virtual Windows machine on your Mac computer and use the virtual machine to execute any Windows software you want. The virtual machine can even share the same clipboard with your Mac, allowing you to effortlessly copy and paste text and images to and from Notepad++ across operating systems.

To get started with VMware Fusion, we recommend you this detailed tutorial from VMware where you can learn everything you need to know about running Windows applications on Intel-based Mac computers. Of course, you’ll also need a copy of Windows.

While it’s possible to run Notepad++ on macOS using Wine or VMware, neither approach is without its downsides, which is why many people look for alternatives to Notepad++ for Mac computers instead. The alternatives we’ve selected are native, mature Mac applications, their stability is guaranteed.

Brackets is a modern text editor made with the needs of web developers in mind. It has a live preview feature that allows you to instantly see changes to CSS and HTML files in your web browser of choice, it can with your LESS and SCSS files, and it can show you all the CSS selectors with that ID in an inline window so you can work on your code side-by-side without any popups. Brackets is open source, free, and as sleek as a macOS application should be. Because of how lightweight Brackets is, it runs extremely well even on older Macs, making it our favorite Notepad++ Mac alternative for anyone who edits text on a regular basis. 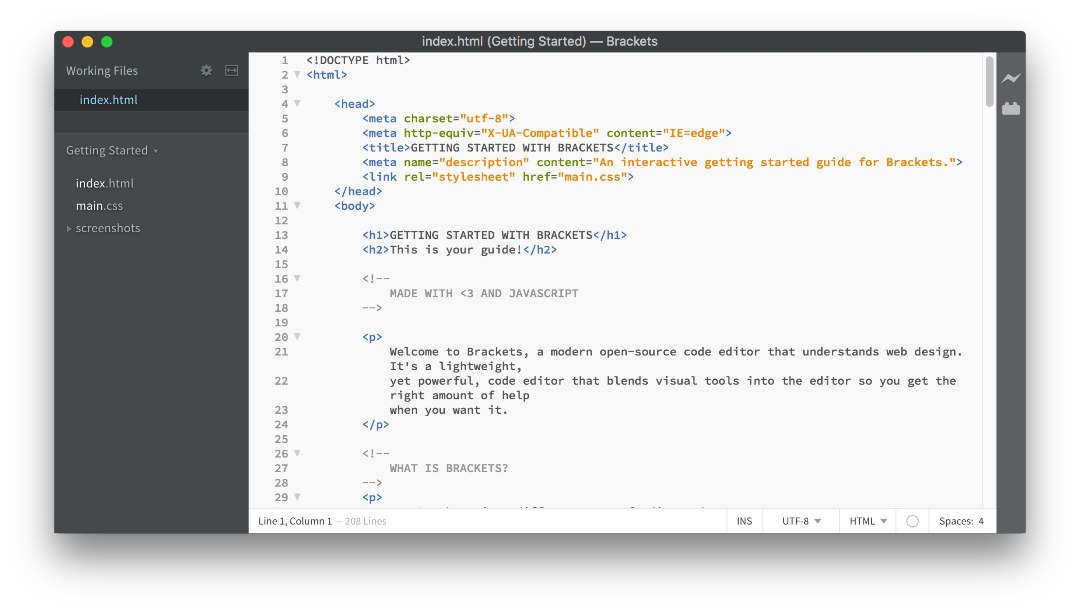 Textmate is a versatile text editor that brings Apple’s approach to operating systems into the world of text editors, as stated by its developers. It has many features, including the ability to search and replace text, auto-indent for common actions, clipboard history, dynamic outline for working with multiple files, file tabs when working with projects, foldable code blocks, and more. Despite its extensive features, Textmate remains highly accessible even to casual computers users who only edit text now and then. Using its powerful snippets, macros, and unique scoping system, Textmate can provide features that even a language specific IDE lacks. 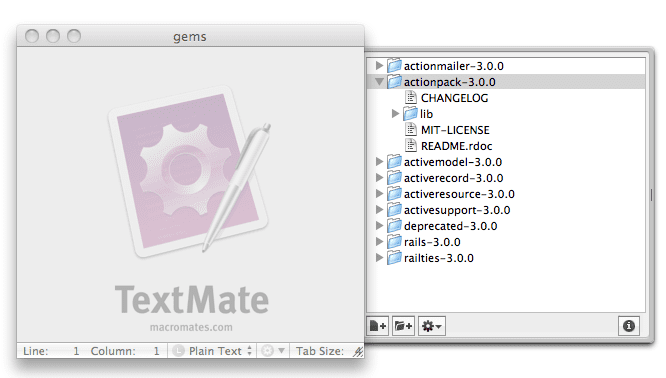 Sublime Text is a feature-packed text editor that runs on macOS, Windows, and Linux. It’s designed for code and prose alike. Sublime Text supports splits editing, customizable key bindings, menus, snippets, macros, completions, and it’s built from custom components, providing for unmatched responsiveness. Sublime Text is also free to download, but a license must be purchased for continued use. A single personal license costs $80, which is not an insignificant amount considering how many alternative text editors for Mac are available free of charge. But the fact that Sublime Text is among the most popular text editors across all operating systems is perhaps the best testament to its capabilities.

There’s nothing worse than editing an important text file for an hour or two only to have your text editor suddenly crash, causing you to lose all your progress. Unless you have a data recovery solution such as Disk Drill installed on your computer, your chances of recovering your lost data are slim.