On The Verge of SSD Recovery with Disk Drill

Home / Data Recovery / On The Verge of SSD Recovery with Disk Drill
Posted on June 8, 2017 by CleverFiles Team

You have likely seen computer advertisements or even the specs to your own computer mention an “SSD Drive”. With so many flashy words and complicated terms in computer marketing it’s very easy to ignore all the new and important developments in the tech world, such as Solid State Drives (SSDs). So you’re wondering, what is an SSD drive? The good news is that we are here to explain what an SSD drive is, how they work and how they compare to traditional hard drives. We will also explain how data recovery is possible with SSD drives. 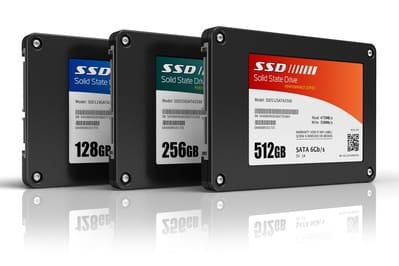 SDD (Solid State Drives) are a type of file storage device used in your computer. Older computers (and some modern ones too) utilize a type of disk referred to as an HDD or “mechanical drive”. Essentially an HDD is a drive with a spinning disk which rotates at a set speed, 7200 rotations per minute being the newer standard. Since these types disks are limited by their mechanical spinning action they are most at risk for damage due to dropping, jarring and mechanical failure in addition to being limited in their maximum potential safe speed.

There are many other types of issues that plague traditional HDDs such as heat buildup in confined spaces and noise caused by vibration or other factors. This brings us to the golden question, what is an SSD drive? Think of an SSD drive as a ton of USB flash drives combined together. Some people also compare SSD drives to a bunch of RAM chips although this is not accurate because RAM chips (memory in your computer) lose all information when power is taken away, SSD drives do not. Basically an SSD drive is a bank of non-moving memory chips which share a common controller. These chips all work together to store data at lightning fast speeds without producing heat, mechanical movement or noise.

SSDs, on the other hand, are not susceptible to small or medium sized magnetic fields. SSD drives are generally considered resistant to impact damage and are actually quite hard to damage with average drops and falls. They can still be damaged by heavy force or breaking force which is something no storage medium should ever have to endure. If you are still wondering who wins the battle of HDD vs SSD we would say that SSDs are the superior choice. They are more resilient, have long life spans and feature much faster read/write speeds than traditional HDDs.
SSD drives have many advantages over their conventional counterparts. HDDs are generally considered to be at higher risk of permanent failure and data loss due to both their moving parts and their weakness to magnetic fields. Applying even a small to moderate magnetic field to a traditional HDD can cause massive and often permanent data loss. The same can be said for shaking or jarring an HDD in either the on or off state. We suggest reading a more extensive comparison between HDD and SSD drives as we have only begun to scratch the surface, PCMag.com has a full write up which goes into more detail.

Spinning components in HDDs are another common place for failure as they stop working or develop flaws which prevent them from working properly. These devices are very sensitive to environmental factors and everyday users and technicians cannot repair them in a standard shop or office thus making this problem more difficult. 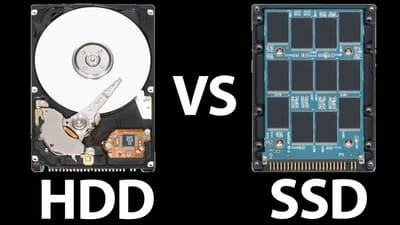 It is not any harder to learn how to install an SSD compared to a regular HDD, both only require simple cable connections. SSDs have less specific placement needs as they do not dispel heat and do not require a vibration free surface. Your next question may, “How to clone a hard drive to SSD”, we’ve got you covered there too. Cloning a traditional HDD to an SSD is the same as with any other disc, you can manually copy files or you can use a full clone software [any you choose, it does not have to specific to SDDs]. Some manufacturers even include tools to clone your existing drive to your SSD as part of their software suites. It is often not necessary to clone a Mac hard drive to SSD as modern Mac computers already come with SSD drives installed. Wikipedia has a detailed explanation of the TRIM command which we suggest reading.

SSD type drives have much in common with traditional HDDs however they also have a few core operating differences. SSDs store data into blocks (much like traditional HDDs) and inside those blocks there are pages. These pages are filled with data and are bound inside of the blocks. The core difference between an SSD and an HDD is that by default an SSD cannot erase data on a single page, instead it must erase the whole block. HDDs do not have this limitation and thus manage deleting data in a more efficient manner.

To fix this issue and make SSDs faster and more efficient a technology called TRIM was invented. The primary function of TRIM is to help indexing blocks and pages and take note of which ones are ready for data deletion (and sometimes delete this data instantly) to prevent a slowdown in read/write operations. All of these terms may sound confusing which is why we are going to resume this all up quite simply: SSDs have to erase an entire block (chunk) to free up space instead of simply erasing the page the data is on. This is comparable to emptying out your entire dresser every time you wish to remove a single pair of socks.

TRIM solves this problem by keeping a record of blocks which are deleted (cleaned). When your computer requests information about a particular block the controller and firmware (built into your SSD) replies with all zeros, basically telling your file system the block is empty. This prevents your SSD from having to read the block every time to check its status and thus make it much more efficient. All of this might sound great, better efficiency, superior speed and functionality but there is one big flaw, it is very hard (some say impossible) to recover data from SSD type drives.

SSD data recovery may sound bleak based on our above analysis but that is not necessarily the case. It may be possible to recover data from SSD type drives using advanced (and not fully developed as of now) techniques in the near future. Our technicians are hard at work figuring out new tactics for recovering files from SSDs and are on the verge of a solution for SSD data recovery. While we cannot give any specifics yet it is easy to point out a couple potential ways to attack the data recovery problem on SSD drives.

For starters, the data is not necessarily deleted every single time a file is deleted (even when TRIM is enabled). This varies greatly based on the type of SSD and the controller and in some cases the link between the file and the controller is simply removed, the controller is then told to reply to your computer with a zero response to the file. While this may not seem important it actually is, this means theoretically there could be a way to recover these files even without the direct links to them. It may also be possible to trick the drive firmware into returning an answer other than zero and thus use it to locate the file if traces still exist.

Another potential angle for file recovery has to do with extra space on the drive. Many drives (SSDs included) actually have more space than what is shown in your operating system. This additional space is often used to store files or extra information about files as operations occur on the disk. This data may still be accessible even when the original blocks have been erased. We also should not rule out the possibility of older SSD drives and some newer that simply do not have TRIM enabled; these drives can be recovered easily just as older HDDs can be recovered.

There has been some [confirmed] research into SSD data recovery which suggests that TRIM does not affect data when the partition is deleted. This means that an accidental partition deletion such as when installing an OS does not cause the same data loss as marking a file as deleted within your operating system. These combined factors begin to paint a picture of how our engineers at CleverFiles are working hard to present breakthrough technology to help recover data from SSD drives. Stay tuned! 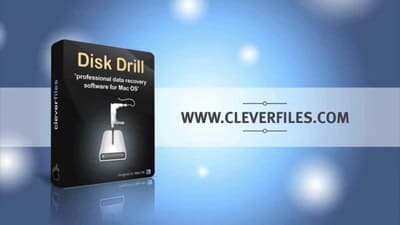 Disk Drill is a very capable file recovery tool which already works on many different devices. From personal computers to memory cards and USB drives, Disk Drill can recover your lost files, pictures, music and more. Available for both Mac and Windows Disk Drill is capable of helping prevent future data loss with Recovery Vault Technology and Guaranteed Recovery.

Disk Drill can easily conquer SSD drives without TRIM enabled which is often the case with first generation SSD drives and even some modern ones where the firmware or OS does not support TRIM. The hardware limitations of SSD drives with TRIM enabled will soon be cracked and substantial data recovery will be possible, the future of file recovery looks bright. Just remember, CleverFiles is the go-to name in file recovery!