The Most Common Questions about iOS 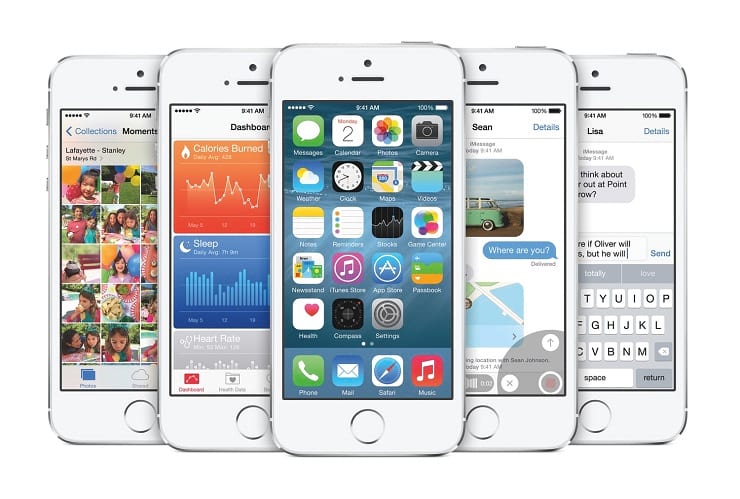 As of 2017, by sales, it is the second most popular operating system after Android, and there has been more than 178 million apps for iOS downloads.

Most apps have been developed in Objective C. However in 2014 Apple released a new language named Swift, which may replace Objective C in the future. Originally proprietary, Swift is now open source under Apache license since version 2.2.

A Brief History Of iOS’ Name

Steve Jobs released the new operating system for the iPhone in 2007. He called it “iPhone runs on OS X”, even though it was a variant of the Mac OS. His idea was that the iPhone should rely on web apps that behave like native apps.

In 2008 Apple renamed it as iPhone OS. Later in 2011, Apple rebranded it as iOS, to reflect the fact that it was used not only on cell phones but in other mobile devices as well. So, what does iOS stand for? i – indicates Apple line of products, and OS – stands for operating system.

Main versions are released annually. The latest iOS version is iOS 12.1, and it was released on October 30, 2018.

Each version contributed towards iOS updates. For example iOS-7 introduced a new multitasking feature, which enables apps to do background updates. Apple iOS 8 introduced widgets to manage notifications, and iOS 9 introduced San Francisco, a new font designed for maximum legibility in mobile devices. Apple iOS 10 introduced a split in the Control Center into 3 pages, one for general settings, one for audio control, and one for Home Kit appliances control. iOS 11 introduces subtle design changes to interface elements throughout the operating system. Text is bolder, apps like Calculator and Phone have a new look, and the Lock screen and Control Center have been entirely redesigned. iOS 12 focuses on performance and quality improvements, along with new features like Memoji, Screen Time, Group FaceTime, and more.

The iOS Developer Program is a system whereby third-party developers can create apps for iOS and test them by using Apple’s Software Development Kit (SDK), by paying an annual fee of US $ 99. Thus, for example, through this program developers can put their apps for iOS 8 download in the Apple Store.

This program has been available since 2008, after the release of the SDK on March 8, 2008. The SDK is a platform for iPhone and iPod touch development. It includes an iPhone simulator.

Later, on July 20, 2011, Apple released Xcode on its Mac Apps Store. The Xcode is free for all OS X Lion users. It is a platform for iOS and OS X development. However, to test the application, the developers must still pay an iPhone Developer fee or a Mac Development Program fee, both at US $ 99.00 each.

By paying the fee, developers can sell their apps through the Apple Store, or offer the apps for free. Developers are allowed to set the price, with Apple keeping 30% of the sale.

It is quite common to lose files unintentionally. The reasons can vary: an unintended deletion, a system failure, a software update, and many more. To make things worse, sometimes there is no backup available.

Fortunately, there is an application named Disk Drill, and it is available for free from our website.

The software is available in more than 10 languages, including English, Turkish, Korean, Taiwanese, Arabic, and Malaysian. It is very user friendly, it caters for OS X and iOS devices, and it has received good comments from users.