Steps on How to Recover Deleted DMG Files

Native to the Mac OS X operating system, the DMG file format is often compared to the ISO file format because both formats can be used to create sector-by-sector copies of optical storage media. But despite the similarities they share, the DMG file extension was actually created with a different purpose in mind. 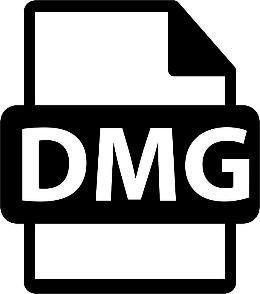 Back in the day, Apple struggled to find a way how to reliably transfer applications over the internet. They came up with DMG, a disk image format that can be structured according to one of several proprietary disk image formats. Unlike its brother from the Windows operating system, DMG files can be secured with password protection, and they make it possible to change the way their content is presented in Finder. Software developers often take advantage of these features to instruct users how to copy the application to the correct folder.

It’s not hard to spot a DMG file, as it should have a .dmg file extension. You could also stumble upon DMG files with .smi and .img extensions. Such files use the previous default disk image format, New Disk Image Format (NDIF). Modern DMG files use Universal Disk Image Format (UDIF), which is the native disk image format for Mac OS X. UDIF supports ADC, zlib, and bzip2 compression algorithms.

So far, Apple has not released any documentation for the DMG file format, but its implementation has been successfully reverse-engineered. The result of this effort is VileFault, a tool capable of decrypting encrypted Mac OS X disk image files.

How to Open DMG Files?

While tools such as VileFault can be handy for special purposes, most Mac OS X users will simply let their operating system do the heavy lifting. After all, why download a special program when you can just double-click on any DMG file to reveal what’s inside?

Unfortunately, Windows and Linux users don’t enjoy the same luxury. Apple has no reason to bring their file format outside Mac OS X, so it’s up to third-party developers to fill the gap. Some of the most popular cross-platform utilities for working with DMG images include dmg2img, which is written in C, DMGEXtractor, which is written in Java, and PeaZip. Each of these tools does something different, but the one suited for most users is probably PeaZip.

How to Recover Deleted DMG Files?

Apple computers are not impervious to data loss and file corruption, and DMG files are no exception. Luckily, there’s at least one tool that’s been serving the Apple community for years, and it continues to be the most popular data recovery suite on the market. Its name is Disk Drill. Right from the bet, you can tell that the developers of this premium data recovery software package went above and beyond to make it as beautiful and usable as they could.

What’s even better is that Disk Drill is far from being all show and no go. In fact, it’s one of the most powerful data recovery applications on the market, despite having the most polished and approachable user interface. Apart from Mac OS X, Disk Drill is also available on Windows, and the tool supports all major devices, including iOS and Android smartphones and tablets.