It was not that long ago when cameras were these large cumbersome devices requiring rolls of film to function. In just a couple of decades, cameras have not only gone digital but have also become small enough to be carried around in the pocket or just embedded into a mobile phone.

But what exactly is a digital camera, and how does it work? Are they better or worse than traditional cameras? And how do recover lost photos from one?

Let’s find the answer to all these questions. 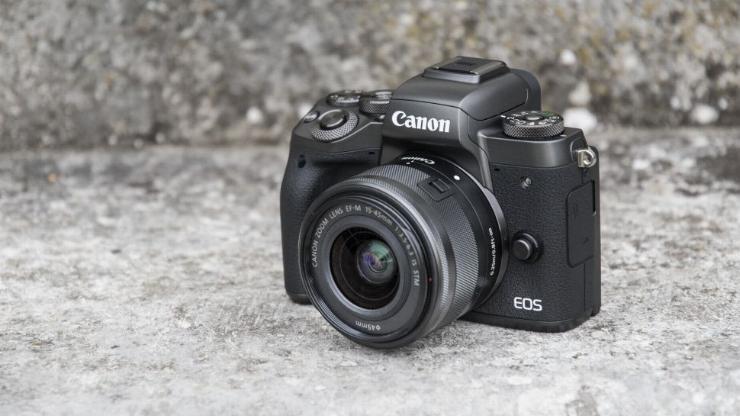 What Is A Digital Camera?

A digital camera, simply put, is a device for capturing images and saving them into memory. Earlier, cameras relied on rolls of films coated with photosensitive chemicals. A snapshot got imprinted onto these films and could later be “developed” into actual photographs.

While certainly successful, this approach was rather tedious and expensive. Only professional photographers from dedicated photo studios could usually buy and operate cameras, to say nothing of the cost incurred in developing a collage of photos.

Digital cameras simply save the captured photograph in a digital format like .jpg or .png which can be displayed by computing devices and printed out easily. As a result, digital cameras are cheaper and much easier to use than traditional cameras and have become ubiquitous in today’s world.

What Are The Advantages of Using A Digital Camera?

Here is a breakdown of all the advantages of a digital camera.

There are four main types of digital cameras. Of course, there is an unlimited number if you factor in cameras specialized for every application, but these are the most popular forms of standalone digital cameras available in the market.

The most portable form of digital cameras, compact cameras have a small fixed lens and an uncomplicated structure. While popular with home users a few years ago, they have fallen out of favor thanks to the increasing quality of smartphone cameras.

Bridge cameras, as the name suggests, act as a bridge between affordable compact cameras and more feature-rich DLSR cameras. Basically, it still has a fixed lens, but also comes with additional features like aperture control and super zoom.

This is the most standard type of digital camera in use today. Whether you are a professional or an amateur just starting with photography, you cannot go wrong with a DSLR (Digital Single-Lens Reflex) camera. It possesses all advanced features like controlling shutter speeds and ISO levels, along with the ability to switch lenses for different situations.

The problem with DSLR cameras is that they tend to be quite bulky. If you are looking for a professional-level digital camera that isn’t a chore to carry around, Mirrorless cameras are what you want. They can change lenses like a DSLR camera, but don’t have an internal mirror complicating things.

How to Recover Lost Data From Digital Camera?

To make it easier to access the photos clicked using a digital camera, all of the captured media is saved to a removable SD card. This means you can just take out the memory card, connect it with your computer (using a card reader) and view the photos.

But what should you do in case you have lost some data from your digital camera? It could be because you accidentally deleted something, or even due to data corruption on the SD card.

The simplest – and most comprehensive – method of recovering data from a digital camera is to use a dedicated data recovery tool. Scanning the SD card with an application specialized in restoring lost files can help you recover any missing photos before they are permanently gone.

We will be using Disk Drill to demonstrate the recovery process in this guide, though you can always follow along with another app of your choice. That being said, Disk Drill works pretty smoothly on both Windows and Mac, and also comes with a free plan.

The vast improvements offered by digital cameras have made traditional film cameras obsolete. With advantages like unlimited photos and inexpensive printing, it is easy to see why.

Perhaps the best thing is that the pictures taken are stored in digital formats on an SD card. This enables you to process those images in an app like Photoshop and store them in the cloud for posterity.

It also allows you to recover any lost photographs quite easily by connecting the SD card to a computer and using a data recovery tool. This makes digital cameras the most versatile method of taking photos.

How to Recover Deleted Videos from an SD Card

What Is A Digital Camera?

A digital camera is a photography device that doesn’t require film and can capture photos into digital memory. Usually outfitted with an SD card, a digital camera can click and hold thousands of pictures, which can then be transferred to a computer and printed.

What Is the Difference Between A Camera and A Digital Camera?

A traditional camera relies on rolls of film to be able to capture images. Not only is this film expensive, but it also needs an overnight chemical process to turn into photographs.

Digital cameras bypass the whole process by storing clicked photos in digital memory. These pictures are in digital file formats like .jpg, allowing them to be viewed on any modern computing device and printed at leisure.

What Are Digital Cameras Used For?

Digital cameras are used for a variety of uses. Thanks to its ease of use and inexpensive photographs, anyone can use a digital camera to catalog important moments in their lives.

These photos don’t even need to be printed – you can store them on your PC or a cloud storage service. Any digital device can view these pictures, from the smartphone in your hands to your TV.

A frontend developer turned writer, Levin brings his in-depth knowledge to bear in breaking down complex technical topics into a layman's perspective. A believer in emergent technologies, Levin writes about Machine Learni...

A frontend developer turned writer, Levin brings his in-depth knowledge to bear in breaking down complex technical topics into a layman's perspective. A believer in emergent technologies, Levin writes about Machine Learni...