Although Apple’s CEO Tim Cook admits that the Apple Watch is until to now in learning mode, the Apple iWatch still revolutionizes the way we live. 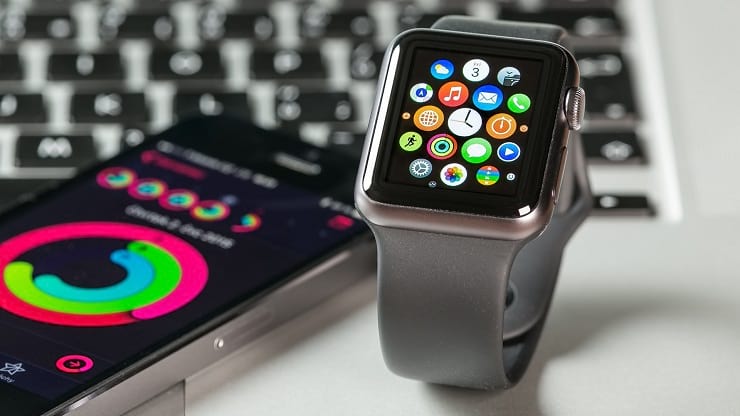 iWatch, the new Apple watch is not just a simple time indicator. It is a comprehensive device. It records health data, provides a fitness plan, stores applications, photos, music, documents, maps, dictionaries, and much more.

The Apple watch is integrated with other Apple products. Some of the functions of the Apple iWatch rely on having a connected iPhone.

Distinguished by different combinations of cases, the Apple iWatch has been designed with the typical precision and intimate Zen feeling that characterizes all Apple products, and that enhances the quality of our digital life.

The Apple Watch price depends on the model, for example, for a 38 mm model, pricing starts at over US $300.

So, what are people saying about the Apple Watch?

Apple Watch reviews vary from “indispensable wearable” to “wouldn’t buy it again”. However, in general the reception has been great.

However, comments have quickly switched to the very positive side, since the release of the new Apple smart watch. Primarily focused on activity monitoring, the new Apple Watch comes with a brighter touchscreen, is faster, and is waterproof.

On the downside, it is still lacking built-in internet connectivity and sleep tracking. However, they may be included in the next series.

Smarter, and with the help of some friends: apps for Apple Watch.

Apps for Apple Watch available in Apple Stores, amounts to more than 10,000. No rival platforms can claim this. Selection is difficult, so many “essentials”! So, here is a list of ten basic apps for Apple Watch:

And there is also available, a wide selection of games, radio players, video players, and entertainment apps. In short, there are apps for Apple Watch available for almost every aspect of your modern lifestyle.

Great, with so much in my iWatch, what can I do if my personal data is lost?

It is a well-known fact that one of the problems with digital devices is data loss. The Apple Watch is no exception. Mistakenly deleting a photo or a message, or your health information, when you tried restoring to factory settings, or simply because of system corruption, is something that can happen to all of us.

There are some apps that claim to have the capability to restore your data. However, there is one app that is already in the market with good capabilities for Mac devices data recovery. It is named Disk Drill, and it is produced by Cleverfiles.

Disk Drill is still not a recover Apple Watch app, but after the improvement seen with the release of the new version, it will probably be a feature available in the next release.

At present, Disk Drill can recover data from Mac computers and different devices such as the iPhone, iPod, iPad and Android devices. It also has image file creation capabilities, and data loss prevention functionalities. It is available in more than 10 languages, including English, Turkish, Korean, Taiwanese, Malaysian and Arabic. It has a downloadable Free version, with some data recovery limitations, and a Pro version without any limitation.