About the ICO File Format and ICO Files Recovery

What is ICO File Format 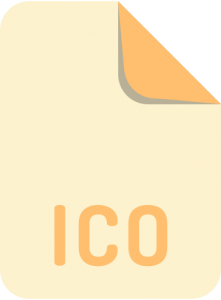 The ICO file format is an image file format that contains a computer icon for Windows. An ICO file can contain multiple images, each with different values of color and depth. The Windows programs extract the correct color and depth values according to the context.

In addition, icons can be stored in DLL and EXE files. The structure of icons stored in these file formats differ very little from the ICO file format structure.

The system small size depends on the caption size. The system large size is given by the video driver. The shell small size is defined by Windows. The shell large size is stored in the registry under the following key: HKEY_CURRENT_USER\Control Panel\desktop\WindowMetrics\Shell Icon Size. The sizes of the system large and of the shell small cannot be changed by the user. Windows doesn’t put any restriction on the size of an icon. However, common sizes are 16, 32 and 48 pixels square.

An ICO file stores the icon resources in a directory structure. Once in memory, an ICO file has the same structure as an icon in a DLL or EXE file.

The ICO file structure consist of a fixed header that contains information on the amount of images included, and information about each image, including width, size, color count and more. The header is followed by a block containing all the image bitmap data in a contiguous manner.

A color ICO file differs from a monochrome one in that the image bitmap is in color. Besides, the height size is double, because it includes a mask. Supported color formats are 4bpp, 8bpp, 16bpp and ORGB 32bpp.

The CUR file format is very similar to the ICO file format, but is used for non-animated cursors.

How to Open ICO Files

There are many programs that can open an ICO file, such as Microsoft Paint, Microsoft Movie Maker, etc. There are also many icon-authoring tools available on the market.

What is the Digital Signature of an ICO File

How to Recover Deleted ICO Files

Fortunately, not all ICO file deletions are permanent. In many cases, the deletion only means the removal of a reference to the content. The data remains intact until overwritten by a new file.

This is the principle behind Disk Drill, a data recovery application developed by Cleverfiles. This program uses powerful algorithms to repair and rebuild ICO files.

Disk Drill supports ICO recovery from many digital devices, including internal and external hard drives, USB based drives, memory cards and more. It also allows you to recover ICO files from image files.

An image file is a bit-by-bit copy of a digital device. As such, it contains all data existing on the original drive, including deletions. For this reason, image files are used in Digital Forensics, as the analyst can work on the image copy, keeping the source intact.

Disk Drill has versions for Windows and Mac computers. It is available for free!

Once you have downloaded the installer, you can recover ICO files by following these steps below:

Congratulations, you have recovered your ICO file(s)!