It’s common knowledge that cars require maintenance to stay in good working order. If you never change the oil in your car on time, the lifespan of the engine will be much shorter than it has to be. If you drive your car with old coolant, you can expect it to overheat and generally run poorly. Computers, including Macs, are similar to cars because they too require some maintenance to run like new. That’s where tools like CCleaner for Mac come in.

What is CCleaner for Mac?

CCleaner for Mac is a cleanup utility whose purpose is to simplify Mac maintenance. As you use your computer, the operating system itself as well as various applications you use leave behind residual files that occupy space on your hard drive and often lead to slower boot times and various other issues. 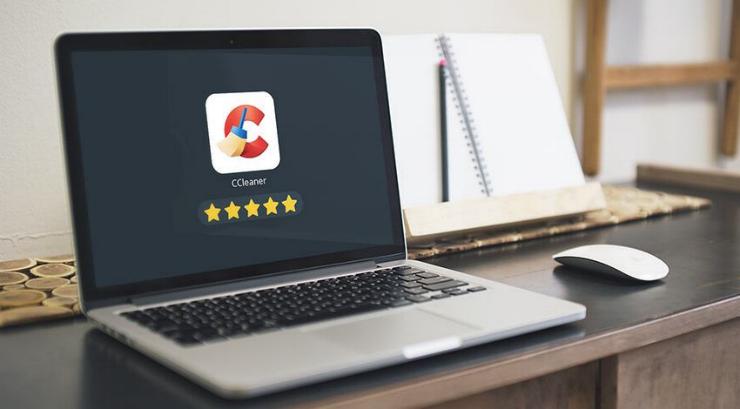 What Does CCleaner Do?

Even websites leave files on your hard drive, called cookies, and there are several reasons why you should get rid of them. Apart from storing stateful information, cookies are also often used to compile long-term records of individuals’ browsing histories, and they may even be used to disrupt or impersonate legitimate user requests to websites.

You could manually go through your Mac’s folder structure and delete each unwanted cookie and leftover file individually, but it would take you hours or even days to do what a cleanup utility like CCleaner for Mac can do in a few seconds.

Prime Features of CCleaner for Mac

The greatest asset of CCleaner for Mac is that it is a collection of great utilities rather than one tool. With CCleaner, you can use other tools like Cleaner, Startup Manager, Uninstaller, Large File Finder, and Duplicate Finder. This makes it a one-stop-shop for all of your computer optimization tools, from Startup organization to Junk File Cleaning.

The Cleaner eliminates logs, cache, cookies, and other junk that slow down your Mac. Just hit Run Cleaner, and Cleaner will erase the innumerable files that are bogging your computer.

The uninstaller is great when you accidentally download an app that you can’t remove. This is common when you install software that slyly gets you to download other software that you don’t want. Simply select the app you want to delete and click Uninstall.

Many programs you download automatically default to starting when you boot your computer. Having many heavy programs start on bootup can slow your computer down. Use Startup Manager to configure auto-running of apps right when your Mac boots. All you have to do is pick them from the list and click Remove or Disable.

While many times file deletion is an accident, you can recover these files using data recovery tools. This incredible functionality can become a significant issue when you need to delete files securely. With this application, you can securely erase free storage space on your Mac for privacy and security reasons. All you must do is select a volume and click Wipe. These files will not be retrievable anymore.

Cleaning disk drives is easier when you can delete a few large files than hundreds of tiny ones. CCleaner has a feature that helps locate large files that consume too much space on your Mac. All you have to do is decide how much is large for you, then set the value in the box and click Search. 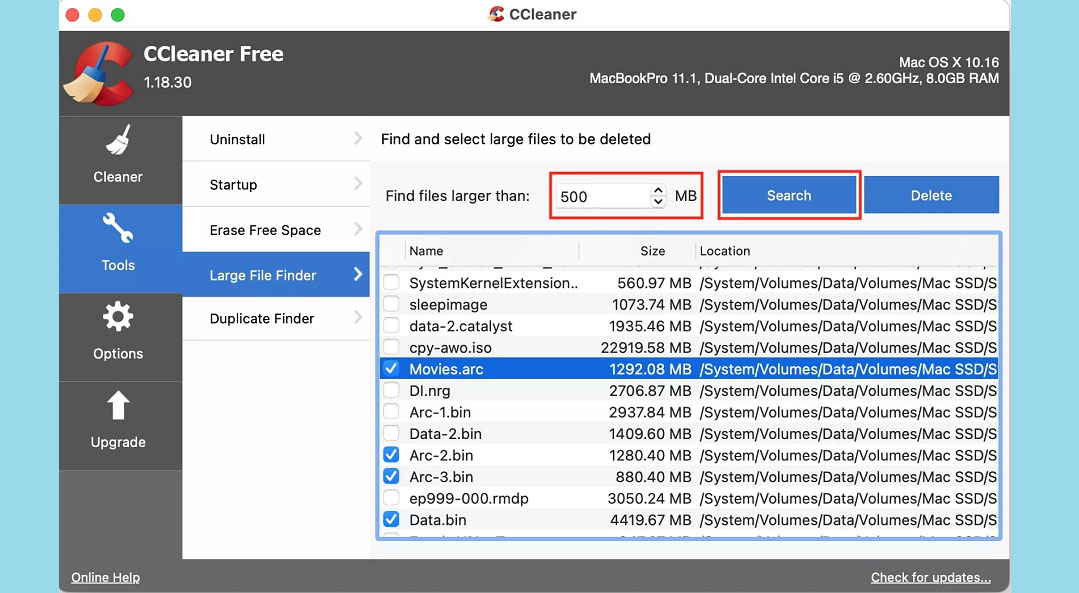 Duplicate files eat up disk space and slow your computer. CCleaner finds duplicate files such as installers that have been downloaded twice and pictures saved multiple times. All you have to do is set the scan parameters and click Search. 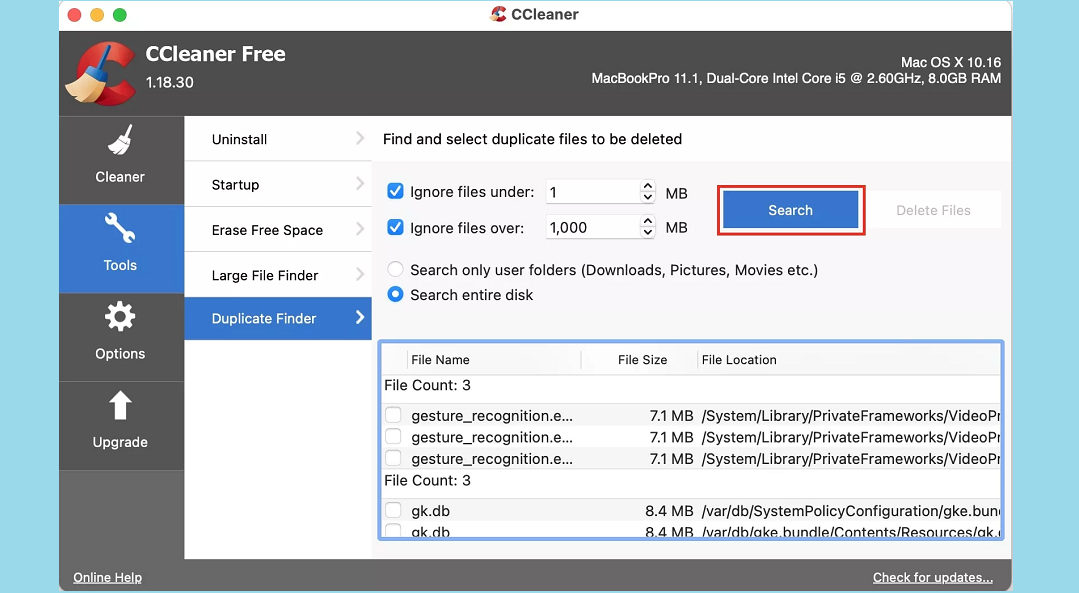 How to Use CCleaner?

We recommend using CCleaner for Mac every week. If you buy the CCleaner Mac Professional version, you can set automatic reminders that tell you when to clean your Mac again.

CCleaner for Mac is available in two versions: free and professional.

Unfortunately, CCleaner has become the victim of cybercriminals, who were able to compromise the 32-bit Windows version of CCleaner v5.33 with the Trojan:Win32/Floxif.A trojan, which led to over 2.2 million computers getting infected. According to Microsoft, “Trojan:Win32/Floxif.A is a malicious program that is unable to spread of its own accord. It may perform a number of actions of an attacker’s choice on an affected computer”.

More specifically, the trojan is capable of installing a backdoor on infected computers and allowing the attackers to deliver a second-stage payload. More than 40 technology companies, including Samsung, Intel, and VMWare, have received a second-stage payload after getting infected with the Trojan:Win32/Floxif.A trojan through the compromised version of CCleaner for Windows.

The developers of CCleaner patched the security flaw in CCleaner 5.34 and CCleaner Cloud 1.07.3191, but CCleaners reputation had already been damaged. The good news is that CCleaner for Mac has never been compromised. Still, even Mac users should always use the latest version of CCleaner and never download it from any other source besides the official website.

Despite CCleaner’s tainted security history, the application has received overall positive reviews. The majority of reviewers praise its price, easy-to-use user interface, and the ability to recover several gigabytes of disk space with a simple click.

Even though CCleaner for Mac is by far the most popular cleaner tool for Apple’s operating system, it’s not the only one. Alternatives to CCleaner for Mac do exist, and some of them are actually quite compelling. We’ve picked three we believe you should definitely know about. 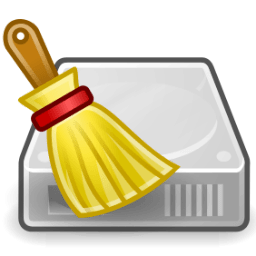 BleachBit is developed chiefly for Windows and Linux, but the application also runs on macOS in command line mode thanks to code contributed by brahmastra2016 and MattHardcastle. The developers of BleachBit hope to bring the full BleachBit experience to all Mac users soon, but nobody knows exactly when that might be. Until then, running BleachBit in command line mode is the only way how to run the application on macOS. 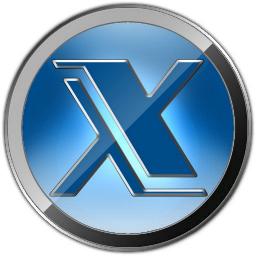 You can use this multifunctional utility for macOS to verify the startup disk and the structure of its system files to keep your Mac running as good as new. Onyx can also run miscellaneous tasks of system maintenance, configure hidden parameters of the Finder, Dock, Dashboard, Exposé, Safari, the Login window, and a number of other applications and system components. Onyx is free, available in multiple languages, and supported by donations. 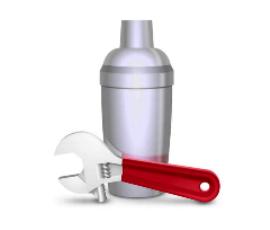 Cocktail is described as a general-purpose utility for macOS that handles Mac cleanup, repair, and optimization. All Cocktail’s features are arranged into five categories—Disks, System, Files, Network, and Interface—to help you manage various aspects of your computer with ease. Those who don’t have time to dive deep into each of the five categories and familiarize themselves with the plethora of customization and maintenance options available can activate the automatic Pilot mode, which allows you to simply press a button and relax as Cocktail takes care of everything for you automatically.

Cocktail can be downloaded for free, but the application expires after the tenth launch unless it’s registered. One single-user license costs $19, and it covers one computer. Cocktail also offers a family license, which costs $39 and covers up to five computers. Businesses can purchase Cocktail’s business license, which covers up to one hundred computers in a single organization.

Technology, SaaS, and digital marketing are Joshua's go-to niches. He understands the need for simple and easy-to-read articles on the internet. As technologies grow in complexity, guides and how-to pieces must remain com...

Technology, SaaS, and digital marketing are Joshua's go-to niches. He understands the need for simple and easy-to-read articles on the internet. As technologies grow in complexity, guides and how-to pieces must remain com...