With the release of Windows 10, Microsoft has said goodbye to service packs and decided to embrace incremental updates instead. Every six months or so, Windows 10 receives feature updates, which bring under-the-hood changes, user-facing features, and cosmetic overhauls.

One such feature update, called the Windows 10 May 2019 Update, is now starting to roll out to Windows users around the world, and this article contains everything you need to know about it.

You can download the latest updates to Windows 10 by using the Windows 10 Update Assistant. This tool will automatically download and install updates on your computer.

You can also manually download the updates by following this procedure:

Despite the elimination of Microsoft’s free Windows 10 upgrade through the use of their GWX tool, you can still upgrade your Windows system for free. Here’s how to do it.

Upgrading from Windows 7 or 8.1

This upgrade requires that you have a valid product key from a Windows 7 Pro, Windows 7 Ultimate, or Windows 8/8.1 Pro version of the OS.

Everything New in Microsoft’s Windows 10 May 2019 Update

The Windows 10 May 2019 Update is a beefy one, and there are many new major and minor features that make it well worth the hour or so it will take your computer to install it:

As you can see, the list of new features goes on and on, and it includes many features Windows users have been anxiously expecting for a long time. Let’s now take a closer look at each and every one of the new features listed above so you can better understand where Windows 10 is headed.

To activate the light theme, simply go to Settings → Colors → and choose Light as your default app more.

Kaomoji is a popular Japanese emoticon style made up of Japanese characters and grammar punctuations. You’ve probably seen kaomojis like ¯\_(ツ)_/¯ or (╯°□°)╯ on social media, and all you have to do to insert one in the new version of Windows is press the existing emoji shortcut (win+period) and switch to the new kaomoji tab.

While kaomojis will probably not improve your productivity at work, they are guaranteed to make your tweets lit.

Most Windows users know the feeling when an unknown but potentially very useful application suddenly requests admin privileges. Until now, there were only two options how to handle such situations: live without the app or risk a devastating malware infection. 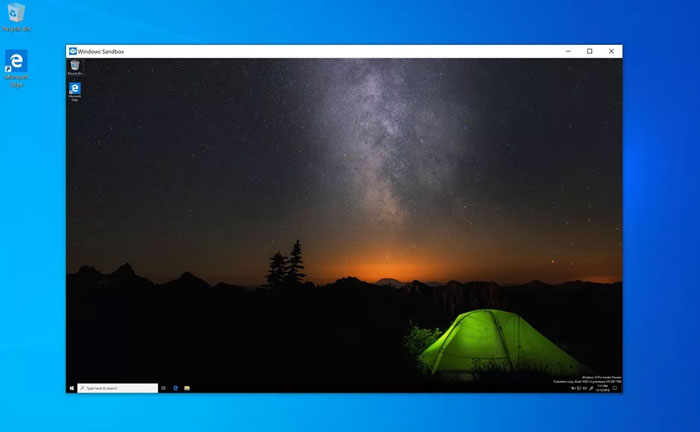 The good news is that Microsoft has added a third option with the Windows 10 May 2019 Update: to safely execute the application in a sandbox environment.

Unlike full-fledged virtual machines, the new sandbox feature is extremely lightweight (100 MB) and conveniently available as part of Windows 10 Pro or Windows 10 Enterprise. 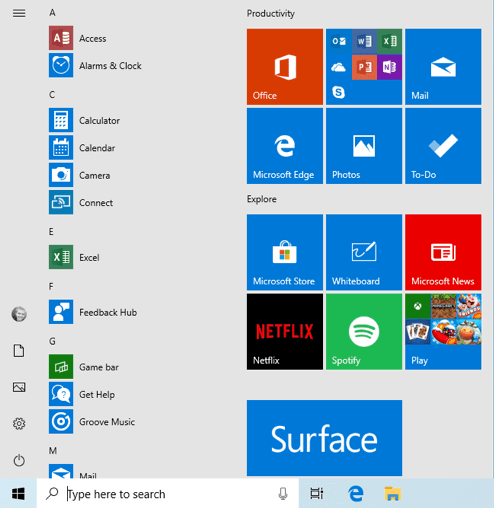 In many ways, the Windows 10 Start menu can be seen as a goodbye letter to Windows 8 and its Metro user interface. After such a long time, Microsoft is finally willing to admit that there’s nothing user-friendly about a bunch of colorful, animated tiles occupying half the screen.

The Windows 10 May 2019 Update comes with a redesigned start menu that’s now just a single column and far simpler to configure. The search box has also been reworked, and Cortana is no longer part of it. Instead, it now lives as a separate icon, allowing Microsoft to update the two features independently.

The Ability to Access Linux Filesystem Data Inside File Explorer 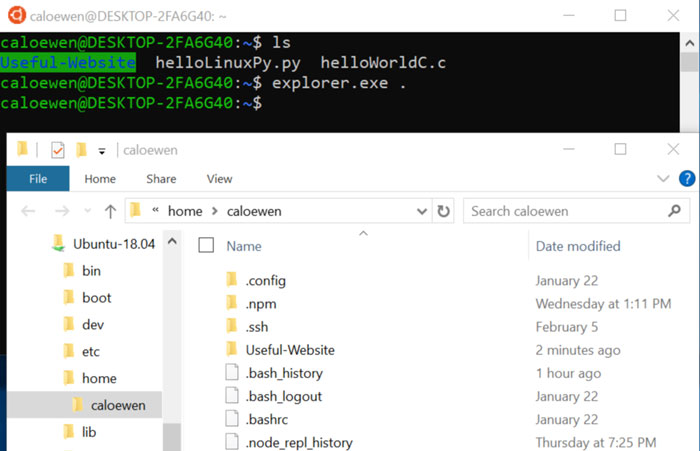 All Linux enthusiasts who are forced to use the Windows operating system have another reason to rejoice because the Windows 10 May 2019 Update has made it possible for users of Windows Subsystem for Linux (WSL) to access Linux files from within File Explorer or any other application. This means no more relying on the command line or various third-party tools of questionable reliability.

Your smartphone is an incredibly useful authentication device, and Windows 10 now allows you to use it instead of a password when signing in. All you need is a Microsoft account linked to your phone number.When you try to sign in, Microsoft will automatically text you a security code, which essentially works as a temporary password.

The biggest advantage of passwordless sign-in is the fact that you don’t need to worry about someone looking over your shoulder and stealing your password since you use a different password each time you sign in.

Fortunately, all Windows users who install the latest update can expect fewer miss-typed characters because Microsoft is now dynamically adjusting the targets around each key of the Windows 10 virtual keyboard.

Considering that even smartphones now readily capture RAW photos, it was about time Microsoft added support for popular RAW image file formats to Windows 10. All Windows 10 users who install RAW Image Extension from Microsoft Store will be able to view image thumbnails, previews, and metadata of several popular RAW image file formats directly in File Explorer, a welcome improvement to say the least.

If your memory is less reliable than a bucket full of holes, you’ve probably already discovered how useful sticky notes can be. You probably also know that virtual sticky notes have been available in Windows for quite some time, but Microsoft has just made them a lot more useful by introducing the option to synchronize them across devices.

What’s more, you can now see your sticky notes on the OneNote website, so you can read them even on your smartphone or public computer.

Forced Windows updates have become somewhat of a meme over the years, and Microsoft wants to change that. The May 2019 update allows Windows 10 users to take greater control over their feature updates, allowing them to postpone them from up to 35 days and choose exactly when to install them.

Major feature updates, which may take hours to install on older computers, won’t be forced immediately anymore, and that’s a great thing.

Understandably, it’s still not possible to delay critical security updates because the average Windows user would likely choose convenience over security every time.

Concerns Regarding the New Update

The last two Windows 10 updates went pretty poorly for Microsoft. The April 2018 update was delayed due to Blue Screen of Death (BSOD) issues, and the now infamous October 2018 update resulted in some users’ personal files getting deleted. Some were able to recover them, but many Windows 10 users weren’t so lucky, which didn’t really inspire too much confidence in other users to install the update—or any other future Windows update for that matter.

That’s why Microsoft is now taking a much more careful approach and releasing the Windows 10 May 2019 Update only after extensive testing and several delays. To ensure the update will install smoothly and without any problems, Microsoft has decided to allocate 7 GB of drive space to Windows for updates, caches and temporary files, which means that the amount of free space needed to install the May 2019 update is 32 GB.

Microsoft has also advised all users to remove external USB storage devices and memory cards before proceeding with the update. A connected USB storage device or memory card may result in the Windows 10 May 2019 Update getting blocked from installing. The same may happen when the presence of some older versions of anti-cheat software that comes bundled with many popular games is detected.

Most older Windows users still remember the Windows XP Service Pack 2 and some of the features included in it. That’s because there were only three major feature updates over the 12 years Windows XP was officially supported by Microsoft.

With Windows 10, Microsoft has embraced a different approach, releasing a larger number of smaller updates, which allows it to better respond to the needs of its customers. So far, there have been 8 major versions of Windows 10, including the most recent one.

More than 30 years has passed after the first version of Windows was released on November 20, 1985, but Microsoft’s operating system still leads when it comes to desktop and laptop market share. To help you better appreciate Microsoft’s incredible achievement, we’ve created an infographic that shows key stats and facts about Windows operating system.

If everything goes according to plan for Microsoft, the Windows 10 May 2019 Update may be one of the best updates Windows 10 users have received since the initial version of the operating system was released in 2015. The most important takeaway from the long list of new features and changes included in the update is that Microsoft is clearly listening to its customers and doing whatever it can to make Windows 10 a better operating system for everyone.