Mavericks OS is one of the 10th releases of OS X and runs on Macintosh computers, servers, and Apple’s desktop. The first release of Mavericks OS was on 10th June 2013, Mac users from all over the world were allowed to upgrade to version 10.9 through Apple Mac App store. Mavericks OS update came with new improvements such as prolonged battery life, multiple display support, iCloud integration and other improvements. The name Mavericks represents a location in California, and it was the first OS X series to be named after a place, earlier versions had been named after big cats. 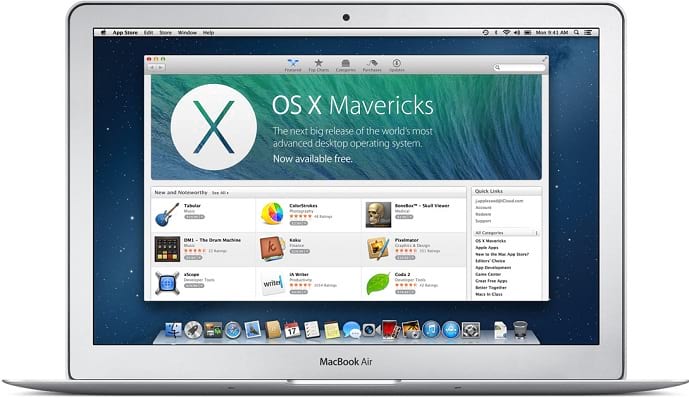 As powerful as it is, Mavericks OS has some few drawbacks that can hinder one from recovering lost, undeleted and corrupted files from a hard drive. Even though Mavericks OS has a backup and sync system that can help one to retrieve deleted files, there are still other invertible circumstances when data loss can occur. If you are experiencing a data loss scenario, don’t panic because there is a simple solution that can help you recover back deleted files on a Mac PC running Mavericks OS. Disk Drill for Mac is a free download, Mavericks OS file recovery software that can be installed on Mac computers and used to retrieve back lost data. The data recovery program can recover more than 70% of your lost files and repair 10% of all corrupted files on your Mavericks OS. If you have discovered that you have accidentally deleted your most precious documents and colorful pictures that you had stored on your PC, don’t worry cause Disk Drill for Mac can recover Mavericks OS camera files with a high level of success and efficiency.

Data recovery for free
Your Companion for Deleted Files Recovery
Free Download
Disk Drill for Mac is a free Mavericks OS data recovery software that can be used to scan for lost files on a Mac hard drive partition or external drive. If you want to unlock all recovery features, please upgrade to Disk Drill Pro version that allows users to enjoy premium data recovery features and other benefits.