How to Easily Recognize Hidden Files on Your Mac

How to Show Hidden Files on Mac

Believe it or not, but there are many files on your Mac computer that the Mac OS X operating system doesn’t want you to see. For the most part, they are critical system files and folder, but they can also belong to a dangerous malware or deleted applications.

You can easily recognize hidden files on a Mac because they begin with a period at the begging of the file or folder name. If this naming conversion looks familiar, that’s because it’s typical for Unix-based operating systems, including Linux and BSD. For example, a software developer might decide to hide a configuration file for her app by creating a hidden file named .config. The operating system can access the file without any problems, but the end users won’t be able to accidentally delete it. 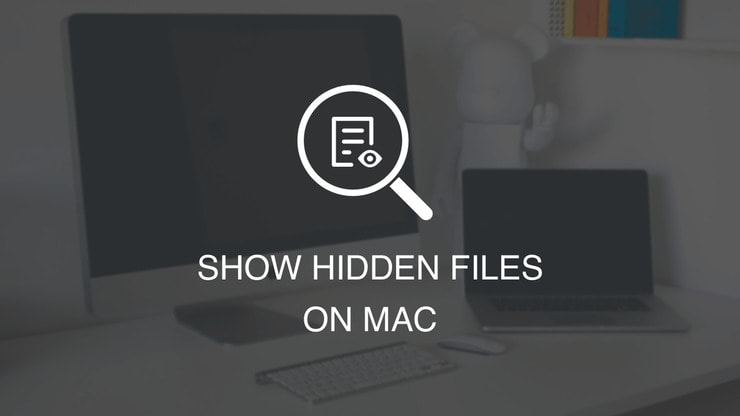 However, there are many legitimate cases when you want to view hidden files on Mac. You may want to perform troubleshooting, look for deleted files, chase out malware, or do some spring cleaning. Fortunately, it’s very easy to show hidden files Mac. This is how to do it:

How to View Hidden Files on Mac

The command does two things. It commands Mac Finder to show hidden files, and it stops and restarts it for the command to take effect. If your desktop suddenly disappears for a while only to appear shortly after, don’t be alarmed. That’s just Finder shutting down and starting again.

You should now see quite a few new files beginning with a dot. Every folder will have a file named .DS_Store, which contains all information about the current folder. If you delete a .DS_Store file, the Mac operating system will quickly generate a new one.

How to Hide Hidden Files on Mac

You now know how to show hidden folders Mac, but how do you hide them?

As you can probably guess, the first command tells Finder to hide hidden files, and the second command restarts it.

How to Recover Hidden Files on Mac

If you manage to accidentally delete a hidden file, you can recover it back with Disk Drill. Data recovery with Disk Drill is a straightforward process thanks to the polished user-interface. Launch the application, select your storage device, and let Disk Drill carefully analyze the content of your hard drive. When it’s done, it will present you with a list of all deleted files, and you can select which of then you would like to recover.