What You Need to Know about FCP File Format

What Is FCP File Format? 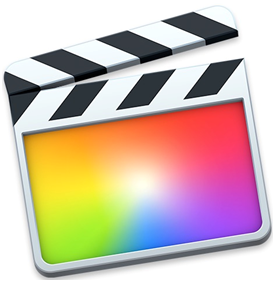 This program works on a project base. Each project has separate files: a project file, media source files, render files and cache files.

Project files have the extension FCP. However, in the latest version, Apple changed the extension of Final Cut Pro project files to FCPX. Media source files are imported from the system, and contain recorded data or loaded information.

In addition, this application also generates other files, such as render files, cache files, that contain data on filter effects, audio characteristics, and others.

The success of this application is partly explained by its design based on non-computerized editing workflows. The interface includes four main windows: the Browser that lists all clips, is similar to the traditional film stacks. The Viewer, which is similar to older source-monitors. The Canvas that reflects the traditional programs used for video editing. And the Timeline, which echoes the physically-edited earlier systems.

The latest version of Final Cut Pro doesn’t recognize FCP files. However, 7toX, a third-party software developed by Philip Hodegetts can be used to migrate old FCP files into the new FCPX format.

How to Recover Deleted FCP Files

In our present digital lives, it is quite common to mistakenly delete a needed file. Luckily, Disk Drill will probably recover it without much effort from your part.

Disk Drill is a data recovery application that works on the principle that when you delete a file, you actually only remove a reference to it. The content remains untouched until overwritten by the operating system.

Once you have Disk Drill on your machine, it is easy to recover FCP files. The whole process is a follows:

You have finished your FCP recovery!

How to Use Image Files to Recover FCP Files

FCP file recovery is safer if done on an image copy of the drive. An image file is a bit-by-bit copy of a drive. Thus, it contains all available data, including deleted files. On the downside, it also contains empty space, which in some cases can amount to a considerable size.

Disk Drill helps you in creating an image copy of your drive, and allows you to attach it to the program and perform the scan on it, in the same manner as previously explained.

As a result, the original drive remains untouched, making the use of image files a standard practice in Digital Forensics.