Even though the Nintendo Wii was released more than a decade ago, it still has a dedicated following of gamers who love it for its innovative controls and a large library of excellent games — not to mention the possibility to run homebrew software and game emulators. 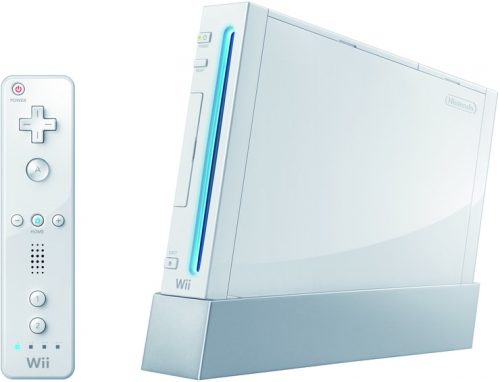 This article is intended for people who have never owned a Wii before and would either like to buy one or have recently bought one. Nintendo sold more than 101 million units of the Wii, so there are many used Wiis on sale.

While Wii’s graphics pale in comparison with the Nintendo Switch, the Microsoft Xbox One, or the PlayStation 4 Pro, this endearing video game console was never about high-resolution graphics and ultra-realistic textures to begin with.

As all best Wii games demonstrate, the Nintendo Wii is about fun, and fun has always been where Nintendo excelled. When the Wii first came on the market, the entire world instantly fell in love with the Wii Remote controller, which can be used as a handheld pointing device, detecting movement in three dimensions. Thanks to the Wii Remote controller, players could suddenly yield mighty swords, play bowling, practice archery, or shoot enemies with the Zapper gun attachment.

And just because the Wii was released in 2006 doesn’t mean that using the Wii Remote controller has become less fun — far from it! In fact, it could be argued that the Wii, with its addictive motion controls and inviting menu graphics, provides a welcome antidote to our current 4K- and VR- obsessed generation of video games.

If you’re still on the fence about buying the Wii, we have selected Top 7 Best Nintendo Wii Games that are guaranteed to convince you to pull the trigger on the console and experience first-hand just what made it so popular. 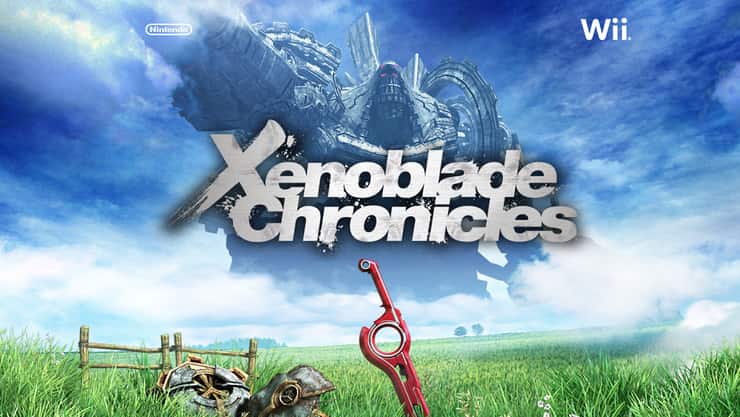 If you like grand role-playing games with epic quest lines, memorable characters, and fantastic action, Xenoblade Chronicles is the first Wii game you should try. Just be ready to spend some time with it because Xenoblade Chronicles is a proper Japanese video game — steep and unforgiving learning curve included. Of course, there are many internet guides that you can turn to whenever you hit a particularly difficult roadblock.

Xenoblade Chronicles has a Metacritic score of 92 percent, and the game definitely deserves every single percent reviewers gave it. The story of the game is set on the frozen bodies of two warring titans. The two groups of people living on the two bodies are in a perpetual war.

Besides fantastic gameplay and stunning art direction, Xenoblade Chronicles also amazes with its soundtrack, which is so great that you should actually listen to it on Spotify right now just to get a small taste of the game. Xenoblade Chronicles is definitely one of the best Wii games of all time. 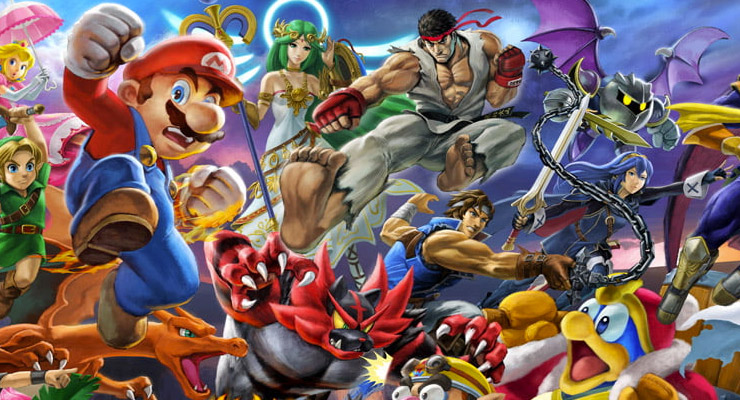 Like many other best multiplayer Wii games, Super Smash Bros. Brawl doesn’t care if you don’t play with four identical controllers, allowing you to simultaneously use the Wii Remote, Wii Remote with Nunchuk, GameCube controller, and Classic Controller.

Compared to fighting games such as Street Fighter or Mortal Combat, the controls of Super Smash Bros. Brawl are very streamlined, making it easy for anyone to learn on the fly and have lots of good fun in the process.

Wii Sports has been developed by Nintendo to showcase what the Wii is all about. This pack of minigames includes tennis, baseball, bowling, golf, and boxing. All included games can be played in local multiplayer, and they all take advantage of the Wii Remote controller.

Yes, it’s true the games get old quickly, but they also take just a few minutes to learn how to play, making Wii Sports the perfect game for parties and get-togethers.

Thanks to the recent HD remake, Okami has become one of the best Wii games 2019, but playing it on the Wii is still the best way how to experience everything this action-adventure video game has to offer.

The story of Okami is a combination of several Japanese myths. It tells the story of how Shinto sun goddess Amaterasu saved the land from darkness and took the form of a white wolf.

The Wii version of Okami is actually a port of the original PlayStation 2 version, but it doesn’t feel like a port at all. Okami for Wii uses the Wii motion controller to control the Celestial Brush, a gesture-system to perform miracles, which are basically skills.

What’s interesting about Okami is that it uses a synthesized pseudo-language instead of voice acting. While strange at first, the absence of voice acting actually makes the game feel more immersive as it focuses your attention on the beautiful artwork and the soothing soundtrack.

5. The Legend of Zelda: Skyward Sword 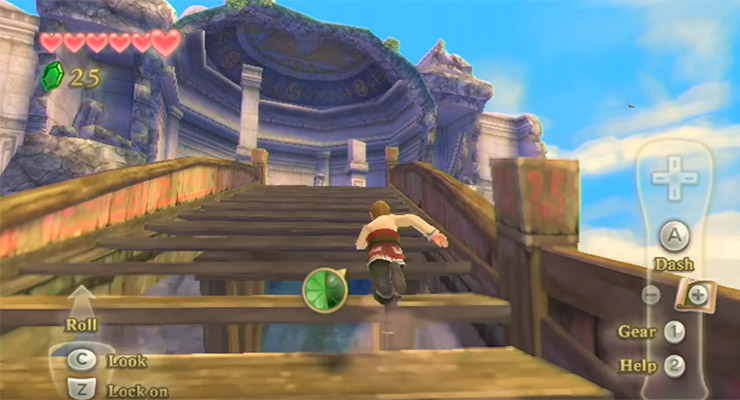 The Legend of Zelda: Skyward Sword is a critically acclaimed action role-playing game developed and published by Nintendo. The game takes place at the very beginning of the Zelda continuity, and it details the origins a recurring weapon within the series called the Master Sword. But don’t worry: The Legend of Zelda: Skyward Sword is suitable even for players who have never played a Zelda game before.

The game offers a large semi-open world to explore, many memorable characters to interact with, quests to complete, and dungeons to crawl through. The development of Skyward Sword took around 5 years, and the developers poured their hearts and souls into every little detail.

From the orchestral soundtrack to the character animation to the way grass blades are caressed by the wind. Playing Skyward Sword after a hard day at work is a great way how to unwind and relive childhood memories. 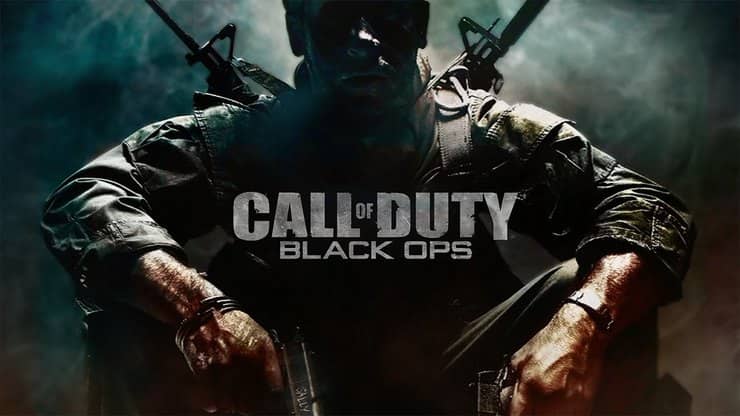 Call of Duty: Black Ops for the Nintendo Wii wouldn’t be nearly as entertaining game as it is if it weren’t for the Wii motion controller. The game is set during the Cold War, and you play as CIA operative Alex Mason.

Over the course of the game’s decently long campaign, you sabotage enemy equipment, rescue political prisoners, and meet allied rebels as you attempt to recall certain memories in order to locate a numbers station, which is due to transmit broadcasts to sleeper agents. Call of Duty: Black Ops also has a thrilling multi-player mode that takes place on 14 maps.

Regardless of whether you shoot computer-controlled enemies in single-player or fight against human opponents in multi-player, aiming and shooting using the Wii motion controller is always fun. The game has sold nearly 6 million copies worldwide, and used copies are readily available for sale. 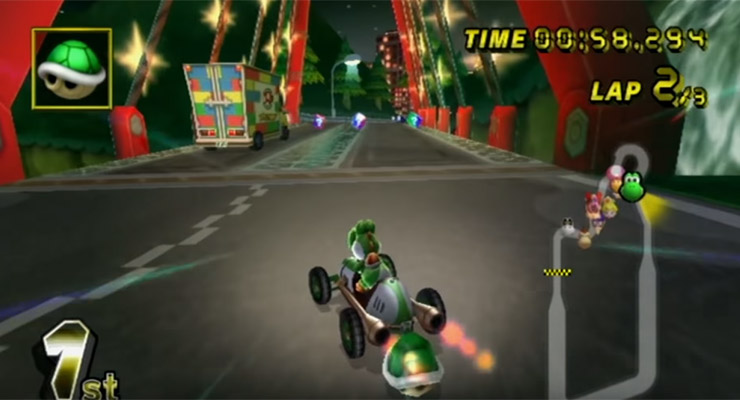 Named the best party game by just about every single person who has ever played Mario Kart Wii with friends, this racing video game developed and published by Nintendo works just as great on the Wii as it does on all other video game consoles where it’s available.

Mario Kart Wii features both single player as well as multiplayer modes, and it takes advantage of the Wii Remote’s motion sensing, providing intuitive steering controls. Because Mario Kart Wii was one of the games that came bundled with Nintendo Wii, you shouldn’t have any problem finding it on sale for a very good price.

Game-play-wise, Mario Kart Wii is all about powerups and learning how and when to use them. The powerups are distributed semi-randomly. The player who’s doing the worst usually gets the strongest powerup, while the player who is in the lead usually gets the weakest powerup. This ensures that no single player stays in the lead for too long, making the game fun and thrilling for everyone.

Shouldn’t I Get the Wii U Instead?

The Wii U was intended as a direct follow up to the Wii, introducing support for HD graphics and a unique controller, called the Wii U GamePad, with an embedded touchscreen. Even though best buy Wii U deals have been popping up from time to time until relatively recently, we don’t think the time has come yet to purchase the console.

Why? Because it has most shortcomings of the Wii — minus the fun. Wii U’s graphics are mediocre at best, the selection of the best Wii U games is tiny, and many gamers are still clinging to their Wii U, trying to squeeze as much value from it as possible.

Give it a few more years, and we guarantee that there will be a lot greater Wii U deals on eBay and other similar sites. Until then, we recommend you spend quality time with the Wii because that video game console just keeps on giving.