What Does SATA Hard Drive Mean?

If you’re shopping for a new hard drive or just exploring the inner workings of your computer, you may have stumbled upon a type of hard drive called SATA. While not as popular in the current era of solid-state drives, SATA hard drives are still sold in large numbers, and there are several good arguments for picking up a SATA hard drive over an SSD.

What Is a SATA Hard Drive? 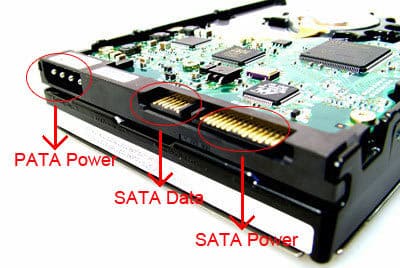 SATA hard drive can be found inside desktop computers, laptops, and servers. It’s often easy to tell that your computer comes with a SATA hard drive because of the characteristic noise SATA hard drives tent to make when reading or writing data.

Apart from desktop computers and laptops, SATA hard drives can also be found inside video gaming consoles, including the PlayStation 3 and 4, the Xbox 360 and One, and many others.

According to a comprehensive analysis of the performance of 25,000 hard drives by the cloud storage service BackBlaze, we know that heavily-used SATA hard drives are reliable for approximately 3 to 4 years. In fact, brand-new SATA hard drives are more likely to fail than hard drives that have been in use for a year and a half, which is when manufacturing defects stop showing up and long-term wear and tear becomes an issue.

Don’t let these reliability statistics alarm you, however. Catastrophic SATA hard drive failures are quite rare, and most drives fail gradually over time. Initially, your SATA hard drive diagnostics tool (if you don’t use any, we have a few recommendations for you near the end of this article) may give you a harmless warning, informing you about an unusually large number of bad sectors. After that, you may have trouble opening certain files, which could be an early sign of data corruption. It’s only when critical system files become corrupted when you lose access to your operating system.

SATA is an abbreviation of Serial Advanced Technology Attachment, a computer bus interface that connects host bus adapters to mass storage devices. SATA is a successor to the Parallel ATA (PATA) standard, which was designed in 1986 and was for many years the most common and the least expensive interface for internal computer storage devices. But after the introduction of SATA in 2003, PATA started to fade away.

Compared to PATA, SATA has several key advantages. Firstly, SATA cables consist of only 7 conductors instead of 40 or 80, making the interface much more suitable for compact desktop computers and laptops. Additionally, SATA supports hot swapping, a feature that makes it possible to replace or add a hard drive without stopping or shutting down the system. Furthermore, the SATA interface supports faster data-transfer speeds through higher signaling rates.

The specification of the SATA interface is maintained by the Serial ATA International Organization (SATA-IO) non-profit organization, whose purpose is to provide the computing industry with guidance and support for implementing the SATA specification. Members of this organization include Intel, Hewlett-Packard, Dell, SanDisk, Western Digital, and many other major hardware manufacturers.

There are three major revisions of the SATA interface and three minor sub-revisions: 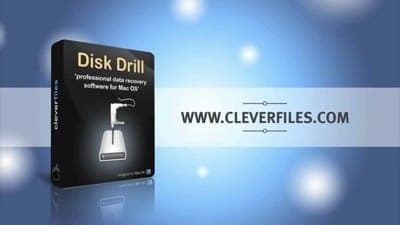 Disk Drill is a comprehensive, feature-rich data recovery suite with several additional tools that you can use to keep your SATA hard drive healthy and your data protected. Unlike many other similarly powerful data recovery solutions, Disk Drill is available for free, and its user interface is as simple as it can be. If you at all value your data, make sure to have Disk Drill at hand in case your SATA hard drive starts acting up.

TestDisk is a handy, open source hard drive recovery utility with support for SATA hard drives. It can fix broken partition tables, recover boot sectors, fix MFT, and even copy files from deleted partitions. It runs on all popular operating systems, but you’ll need some computer experience to use it because TestDisk is entirely command line-based.

You know how available free storage space can mysteriously vanish just months after settings up a new computer? With WinDirStat you can reclaim the lost storage space by using the tool to discover the largest space hogs on your hard drive. Some of the most typical culprits include forgotten downloads or cached files and even huge software installations.

Whenever you need to resize, copy, and move partitions without data loss, GParted is the right tool for the job. This free and open source utility has been around for many years as a small bootable GNU/Linux distribution for x86 based computers. You can put it on a USB flash drive and keep it at hand for rare occasion when it comes in handy.

While modern desktop operating systems come with native SATA hard drive encryption mechanisms, there are good arguments for using an open source solution instead. VeraCrypt allows you to encrypt an entire partition or a storage device, create a virtual encrypted disk within a file, and set up a hidden operating system for plausible deniability.

The first rule of SATA hard drive data recovery is: don’t push your luck. As we’ve said earlier in this article, hard drive failure is usually a gradual process that starts quite innocently but becomes more serious over time. Modern data recovery solutions such as Disk Drill come with disk health diagnostic tools, which let you evaluate how long you can expect your hard drive to live.

The first thing you should do whenever your SATA hard drive starts to reach the end of its life is create a full hard drive backup. Again, Disk Drill can help you back up your data to another storage device, and it can do it with just a few clicks.

But what if it’s already too late? What if some important files have already disappeared? Believe it or not, there’s still a good chance to get them back. Disk Drill can recover over 200 file formats using sophisticated data recovery algorithms that can detect even those files which your operating system can no longer see. You just need to be quick and use Disk Drill before your hard drive gives up entirely.