MPG File Format and Its Types

What is MPG File Format?

A MPG file format is a file that uses a format standardized by the Moving Pictures Experts Group (MPEG). Designed to facilitate content exchange, MPG files are binary, compact, hierarchically organized, and backward and forward compatible. They are usually used for creating movies that are distributed on the Internet. 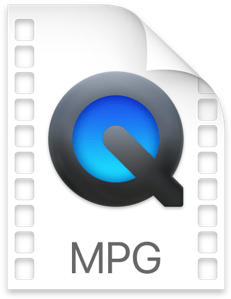 No file structure for the MPEG format has been defined. Everything is encoded into the data stream. There is no header or other type of wrapper. They use MPEG-1 or MPEG-2 compression.

The Moving Picture Experts Group is an organization that develops standards for compression of digital video and digital audio. This group is supported by the International Standardization Organization (ISO).

The format is defined in the ISO 13818, which has eleven sections. Each section is in an independent file named as 13818-I, where I is the number of the section. Amongst them, section 2 and section 3 describe the video and audio coding format respectively.

MPEG is based on television standards used in the United States. As European and Japanese standards are different, MPEG players must be designed to recognize these variations.

MPEG-1 and MPEG-2 standards define compression technologies for digital video, with compression factors varying from 25:1 to 50:1.

MPEG-1 was created for coding progressive video, with a rate of transmission of about 1.5 million bits per second.  This technology was designed for Video-CD and CD-i media.

MPEG-2 was designed for compression of interlaced images, with a rate of transmission of 4 million bits per second or more. It is used in digital TV and DVDs. MPEG-2 players are compatible with MPEG-1 technology.

How Does MPEG Compression Work?

MPEG uses an asymmetric compression technique, which makes compression more complex than decompression. These files are therefore useful for cases such as archiving, where the video is compressed only once and decompressed many times.

The audio streams compression is based on the European MUSICAM standard, with some improvements from other algorithms. It is a lossy compression method that eliminates data that humans cannot hear. It works on a temporal-base manner, compressing the differences between audio samples.

What Is the Difference between MPEG and JPEG?

JPEG stands for Joint Photographic Experts Group. Both MPEG and JPEG originally started as different committees of the ISO. However, the focuses are different. JPEG centers on still-image compression, and MPEG on encoding of audio and video data within a single data stream.

How to Recover Deleted MPG files

You may have your important memories, videos and other data in MPG files. An accidental file deletion is not an uncommon thing in our digital lives. Fortunately, there is a solution to restore deleted data. It is an application named Disk Drill, which is available for free!

The MPG file recovery process is easy. Here below are the steps that you must follow:

Your MPG recovery is done!