What You Need to Know about Using MP4 File Format

What is MP4 File Format?

The MP4 file format is a digital multimedia container that can be used to store video, audio, subtitles, still images and other data, such as 3D graphs, menus and user interactivity. Usually, when used to store only audio, the file extension is changed to M4A.

How to Recover Deleted Files Mac 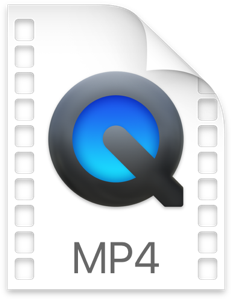 MP4 is an abbreviation for MPEG-4 Part 14, also known as MPEG-4 AVC, where AVC stands for Advanced Video Coding, and MPEG refers to Motion Picture Expert Group. The MPEG is responsible for defining the digital audio and video industry standards.

Developed by the International Organization for Standardization, the MP4 file format history is basically defined by its two versions.

As the MP4 is a container of audio and video data, it can also be used to contain only audio data. Thus, it is sometimes confused with the MPA file format, which also contains only audio data. Usually, players that can open MP4 files, can also open MPA files.

How to Recover Deleted MP4 Files

MP4 files are very common. Very frequently they contain our memories, movies, and job related videos. With so much digital information, today it is quite easy to mistakenly delete an important file.

Fortunately Disk Drill is here to help. It is a free file recovery app!

Done! As you can see, it is easy to recover MP4 files with Disk Drill.

How to Use Image Files to Recover MP4 Files

Image files are a bit-by-bit copy of an original digital source. Thus, they contain all data available on the device, including deleted files still not overwritten by the operative system. On the downside, their size is the same as the one of the original source, and they may contain empty space.

Image files are a great tool for MP4 file recovery, as they can be used with Disk Drill, leaving the original source untouched.

Attaching an image file with Disk Drill is easy, just go to the main menu and you will find the corresponding item.

Once attached, just work as you do with any other physical drive.