What You Should Know about FCPEVENT File Format

What Is FCPEVENT File Format?

Final Cut Pro X is a video editing app, initially developed by Apple and released in 2011. It is part of the Pro Apps family of programs. The app is available for OS X based systems only. 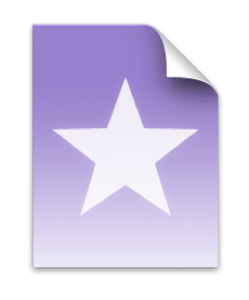 This app uses events to organize and store media, which are bundled together in sequences, forming a project.

Event information is contained in FCPEVENT files, which include media and metadata associated with the media.

An event is a database that stores references to the original media files. A project is a database that stores references to one or more event databases. Each event and project are assigned unique ID numbers. There is one project folder that contains all project files. In order to store the information, FCPEVENT uses a SQLite database; and thus, it can be edited by using a SQLite editor.

Final Cut Pro X inherits its name from its predecessor Final Cut Pro. Apple rewrote the application in Cocoa, based on the old version, but adding code from other sources such as iMovie. Among its many technical improvements, FCPX is written as a 64 bit application. This allows the use of 4GB or more of memory. It also utilizes all CPU cores using Apple’s Central Grand Dispatch application.

How to Recover Deleted FCPEVENT Files

The importance of FCPEVENT file recovery is demonstrated by the large pool of amateur and professional users of Final Cut Pro.

Fortunately, there is a software application for FCPEVENT recovery. Its name is Disk Drill, and it is available for free!

The steps to recover FCPEVENT files are:

Your FCPEVENT file recovery is done!

How to Use Image Files to Recover FCPEVENT Files

However, as image copies include all files, they are very useful to perform FCPEVENT file recovery, without having the risk of changing anything on the original drive. For this reason, the use of image files is a standard practice in the area of Computer Forensics.

Image files are also useful for backup purposes, as they give you an alternative file format. If you are serious about a backup, you should follow the 3x2x1 rule: three backups, 2 different formats, one in a different device. Thus, a good practice is to use an image file, which contains all data in the drive, as one of the formats.

Here Disk Drill comes to your help again. This app has the functionality to create image files in some of the most common file formats such as img and iso. The advantage of these formats is that by being quite popular amongst users, you can find many other apps to open them on the market.