Mac OS X is considered one of the most secure operating systems. However, today’s user must protect himself not only against viruses but also against identity and money theft. Therefore, it is a good idea to take prevention. Here below is a description of best free and most popular Mac antiviruses in 2021. 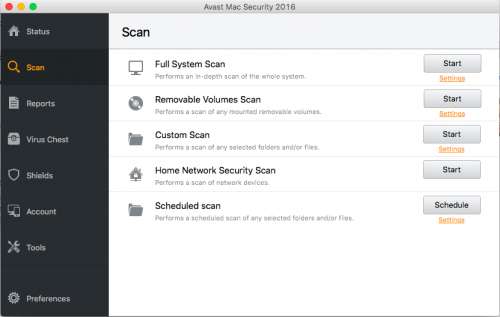 Avast software is the most popular and, for many, the best antivirus for Mac. Developed by Czech company Avast Software, it has been available in 43 languages since 1988. It is currently being used by more than 400 million people worldwide, and third-party tests done in 2016 have shown a malware detection rate of 99.5%.

This antivirus is based on a central virus-scanning daemon and requires 128MB of RAM, and 750MB of disk space. It offers three protection shields and on-demand scanning.

In addition, WebRep clients are installed to Safari, Chrome and Firefox browsers in an automatic manner. However, this free antivirus for Mac provides the user with the option not to install them.

On the negative side, Avast antivirus is quite difficult to uninstall, requiring a special uninstaller program that must be downloaded from the company’s website.

In brief, Avast free antivirus for Mac is a safe option for many users, as its vast adoption and publicized tests give the user a guarantee in performance and confidence. 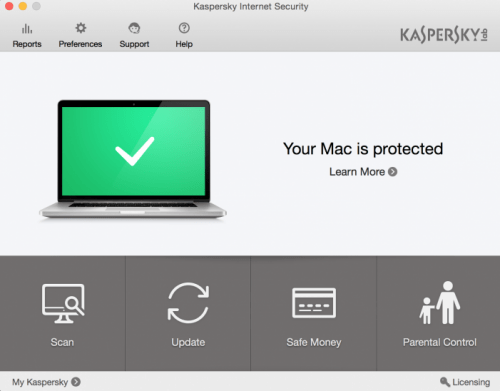 Kaspersky antivirus for Mac is a security suite developed by Kaspersky Lab, a company made famous by its research.

This software protects the user from malware, email spam, phishing, hacking attempts, data leaks and more. It also has features for secure online shopping and banking, and for privacy and child protection.

In addition, its webcam protection prevents criminals from gaining access to the computer’s webcam, and thus, invading the user’s privacy. This feature is enhanced through the private browsing option, which prevents websites from tracking the user’s personal information and online behavior. 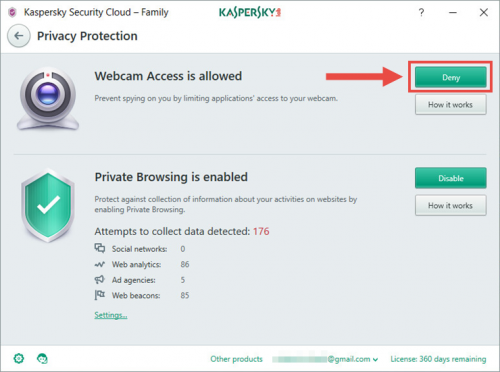 Kaspersky’s Mac antivirus software also offers an attack blocker, which has the capacity to detect suspicious actions and stop them.

The app is offered with a free 30-day trial, and free automatic updates.

Overall, the Kaspersky Internet Security suite presents a sound option for the user, when considering the high quality of the product and the research behind it. 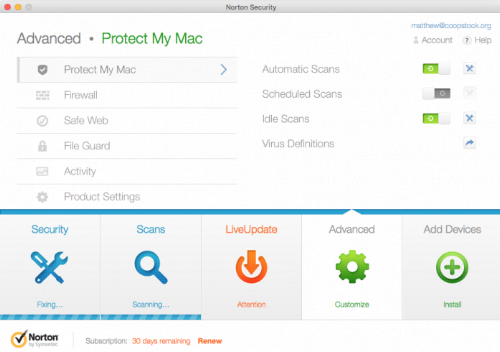 Available since 1985, and now a product by Symantec, this classic app is a good antivirus for Mac. The software runs in the background, has daily updates and the advantage of being designed to work without slowing down the computer.

For Mac users, the app protects the computer, iPhoto pictures, and iTunes media files from viruses and spyware amongst others. It also features vulnerability protection, which prevents criminals from using weaknesses in software programs.

In addition, this Mac antivirus software monitors email and Instant Message, protecting the user against identity and money theft. On the downside, this antivirus for Mac only has free support in the English language.

Summarizing, the Norton software has the advantage of a well-known name and the backing of a good antivirus developer such as Symantec. Its daily updates and smooth background running, make it a practical choice for the sensible Mac user. 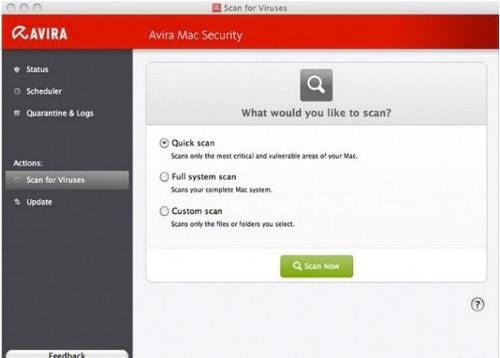 Avira for Mac antivirus was developed by Avira Operations GmbH & Co. KG, a German company that specializes in computer security. The app runs on OS X 10.9 and above, and it is used by more than 100 million people. There is also a version for iOS available.

What makes this Mac antivirus software different is its use of generic signatures that increases performance and scanning speed. Adding to it, the software works by using a set of heuristics that can prevent damage by unknown malware. However, they can also produce false alarms.

Avira also contains the ProActiv component, which detects potential threats via a set of rules, and sends the information to the company. The app has had several awards and some excellent reviews.

Summarizing, Avira presents a good alternative due to its use of generic signatures and heuristics, which can result in fast and efficient protection against criminals.