What to Do If You Have Deleted INDL Files 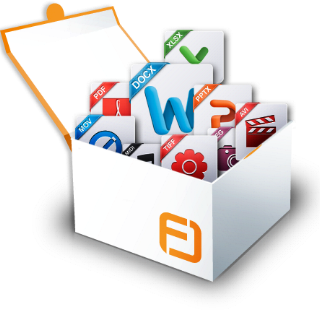 Graphic designers rely on Adobe InDesign for virtually all tasks that relate to desktop publishing. Whether it’s booklets, posters, magazines, books, or brochures, InDesign is the right tool for the job.

As a complex software application, InDesign offers many useful features to those users who are not afraid to move beyond the basics. One of these features is the support for the INDL file format. This article deals with what the INDL file format is, how you can open it, and how to repair INDL files.

What Is a INDL File?

A file with the .INDL file extension is an InDesign library. In InDesign, libraries are collections of graphical assets that can be easily reused across documents. This way, a designer doesn’t have to endlessly duplicate elements and keep track of where they are stored. He or she can create a library that allows the designer to reuse graphic elements, such as text frames, linked graphics, or even entire groups of objects.

To create an InDesign library, go to File > New > Library. A pop-up window is going to appear, asking you to choose a name and the location where you want to save the new library. Once you’ve created a library, you will need to add items to it. You can either drag them to the library, which will add them as untitled objects, or you can press the option key as you drag them to the library to assign names to them. Placing objects from a library onto a page is just a matter of clicking and dragging.

Keep in mind that InDesign creates a copy of a library item every time the item is dragged to a page. This means that you can’t update all instances of the item globally. Another obstacle that designers commonly run into is the fact that only one person can work with an InDesign library at the same time.

How to Open INDL Files?

You can download a trial version of Adobe InDesign, or you can purchase one of Adobe’s several available Creative Cloud plans. If you’re a student, make sure to apply for a student discount — you can save quite a lot that way.

How to Recover Deleted INDL Files?

There’s a common misconception surrounding INDL file recovery. Due to the specific nature of the file format, many people think that it’s impossible to successfully recover deleted INDL files. They are, of course, wrong. Modern data recovery applications, such as Disk Drill, support INDL data recovery from all common storage devices. What’s more Disk Drill can help you recover virtually all other files, including documents, music, photos, or videos.