All about AEP File Format and How to Recover AEP Files

What is AEP File Format 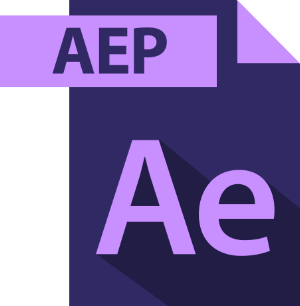 After Effects is an application originally developed in 1993 by the Company of Science and Art, based in Rhode Island. This company was acquired by Aldus in December of the same year, and in 1994 Aldus was bought by Adobe Systems Incorporated.

Since acquiring it, Adobe Systems has released several versions of this program, the latest in January 2017, codenamed The Codfather Part Tuna. After Effects is usually used in the post production process of a film making, a TV and video production, or a web design. Thus, it includes tasks that must be done after the filming ends. These tasks include editing raw footages by cutting scenes, adding transition effects, working with voice and sound actors, to name some. Thus, After Effect includes within its functionality several aspects, such as keying, tracking, compositing, animation, nonlinear edition, audio edition and transcoding.

In addition to the app, there are many plugins that can be used to simulate smoke, fire, water, particle systems, slow motion, data visualization and many more. Some of these plug-ins are from third parties, and some are offered for free.

An After Effects project works by importing files in the project panel and working on them in the timeline. Files can be stored in specially created subfolders. This is particularly useful in large projects, where you can create folders for audio, images, videos, compositions, etc. A single .AEP file stores compositions and references to source files. Compositions are composed of layers. Layers can be of several types, such as text or shape. Depending on its type, a layer can contain footage items, text, graphics, etc.

.AEP files are not meant for general distribution. There are several reasons for this, amongst them the fact that when you import a file, the application keeps only a reference to it, making it difficult sharing and distributing AEP files.

How to Open AEP Files

How to Recover Deleted AEP Files

Nowadays, with so many digital devices in our lives, it is easy to mistakenly delete an .AEP file. As this file may contain important information, it is good news to know that you can recover AEP files with Disk Drill.

Disk Drill is a data recovery app that can recover AEP files from many devices, such as internal and external drives, USB based drives, memory cards, iPads and more. It can also perform your AEP recovery from image files, which are bit-by-bit copies of a digital device. The use of image copies is a standard practice in Digital Forensics science, where a mistaken AEP recovery may result in the loss of legal evidence.

Disk Drill can perform AEP file recovery, because when you deleted an .AEP file, you actually only erased a reference to the data. The content stays intact, until the operating system overwrites the used space with new content.

Based on this, Disk Drill uses powerful algorithms that reconstruct the information still stored in your device.

Once the installer has been downloaded, the AEP file recovery procedure is easy. Just follow the following steps: