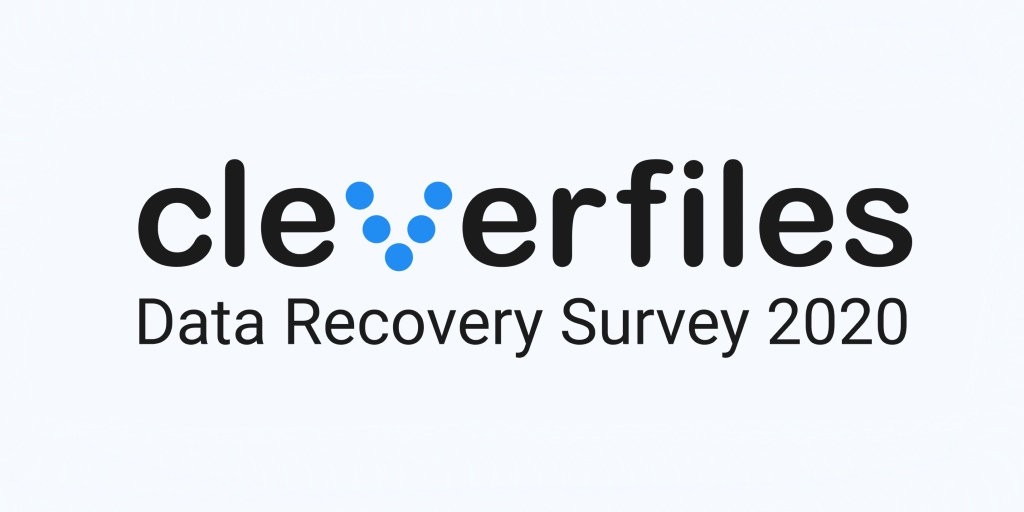 How many users do you think have lost their personal digital data, such as documents, photos, or videos? According to our recent Data Recovery Survey, the answer is 63%. That’s right, every sixth person has experienced the data loss.

Fortunately, the situation isn’t as desperate as it may seem because nearly half of these respondents were able to recover lost data using data recovery software like Disk Drill or similar.

The grim fact that data loss is inevitable may be surprising to some, but the reality is that experts have been preaching the importance of regular data backups — and warning about the potentially disastrous consequences of their absence — for what seems like ages now. Alas, even their first personal experience with data loss wasn’t enough to convince many respondents (24%) to begin backing up their data.

Our survey revealed that out of those who do make backups of their data (70%), most don’t back up on a daily basis. What’s more, many back up only once a year (16%), leaving plenty of time for data loss to occur for a number of different reasons, including hardware failure (20%), system malfunction (20%), and accidental file deletion (19%). 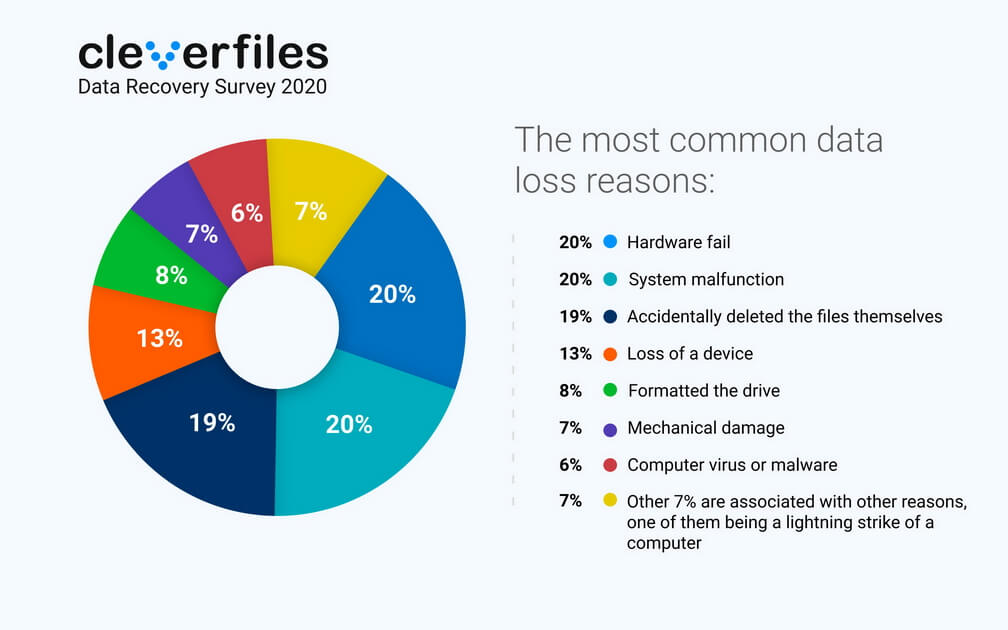 Statistics like these are truly alarming because there’s no shortage of reliable, free data backup solutions, including the free version of Disk Drill, which can create byte-level backups of any storage device.

The Most Irreplaceable Files Are at the Biggest Risk

When asked if they ever experienced any financial losses because of data loss, 82% of respondents answered negatively, and most of those who did experience a financial loss lost less than $500. While this may seem like great news, a more detailed analysis reveals the true face of data loss. 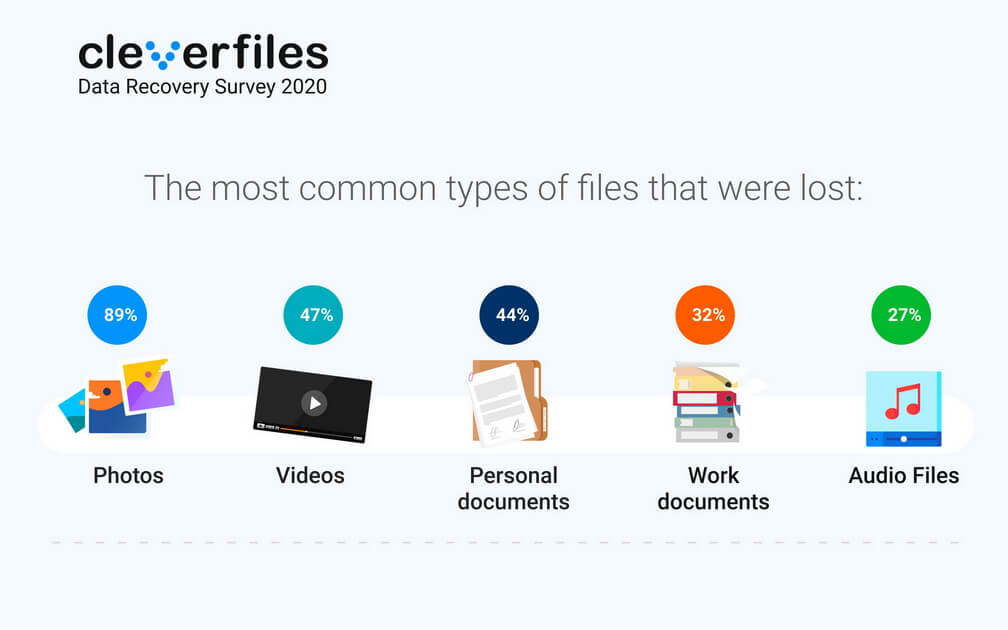 Photos (89%), videos (47%), and personal documents (44%) were the most commonly lost types of files among those who participated in our survey. Since it’s impossible to put a price on memories, it makes sense that the financial cost of data loss is relatively low. However, the emotional value of photos, videos, and personal documents can be astronomic.

Not All Recovery Attempts Are Successful

Because nobody wants to say goodbye to any valuable data, especially not irreplaceable personal photos, videos, and documents, an overwhelming majority of those surveyed (75%) attempted to recover their data (25% didn’t even know that data recovery was possible), with 11% making the attempt within a month before our survey. Unfortunately, only 56% were unsuccessful. 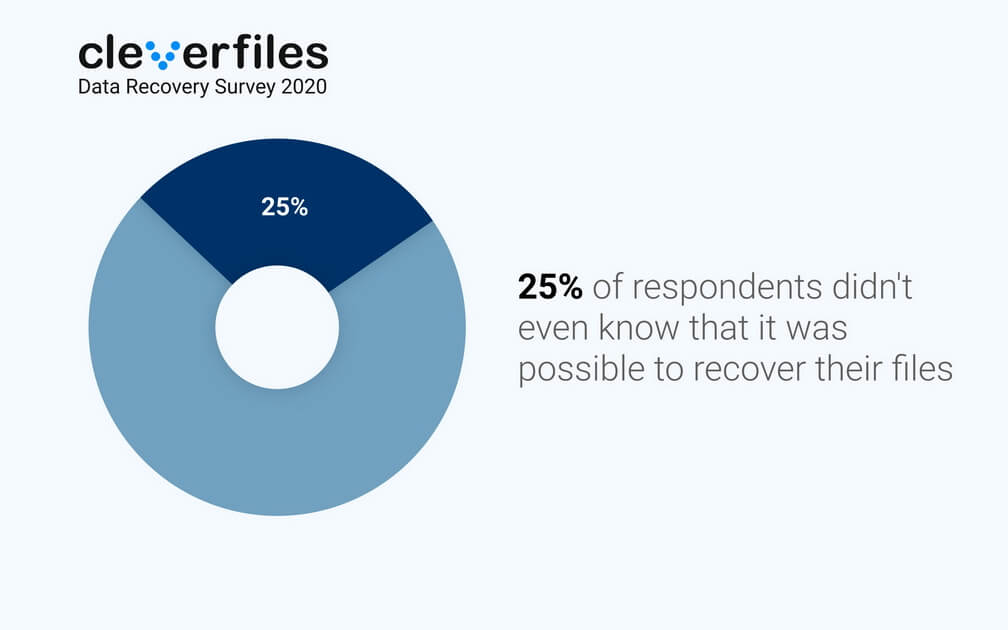 Some (28%) decided to use a professional data recovery service, a decision that usually cost them under $100 but sometimes over $500. Far more people (49%) went the DIY route and used a data recovery software solution to recover their data on their own. 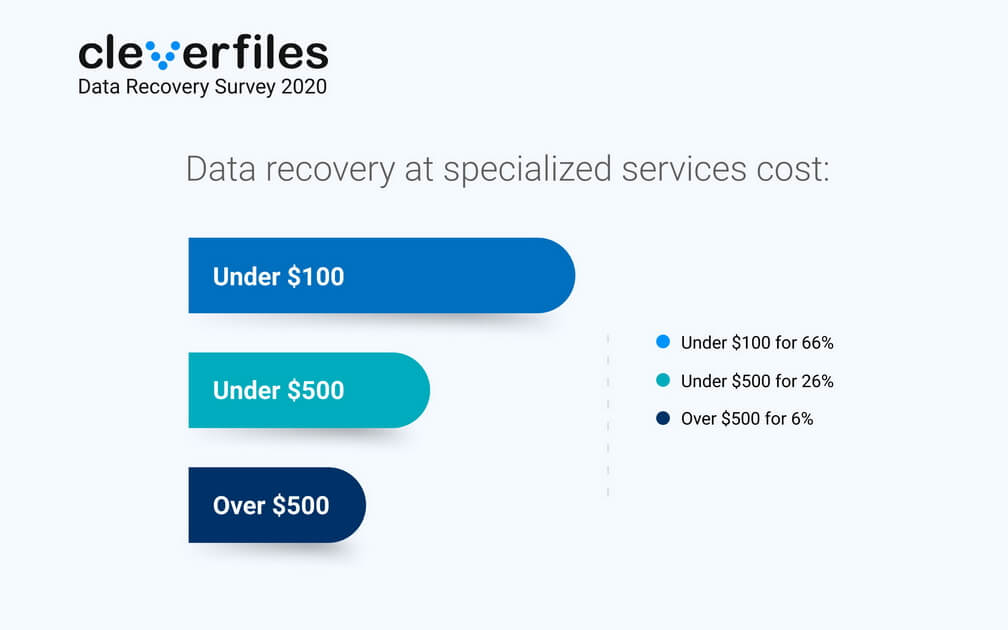 Explaining why so many data recovery attempts were unsuccessful is tricky, but the responses we received provide some valuable clues. For example, 92% of respondents have password protection on their devices, which can significantly complicate data recovery and, in some cases, make it impossible.

There’s also the fact that smartphone-related data loss (45%) has eclipsed even hard-drive related data loss (44%). Sadly, not all data recovery software solutions are capable of recovering data from Android and iOS devices. It’s likely that many of our respondents tried the first application they stumbled upon online and failed due to its lackluster data recovery capabilities. 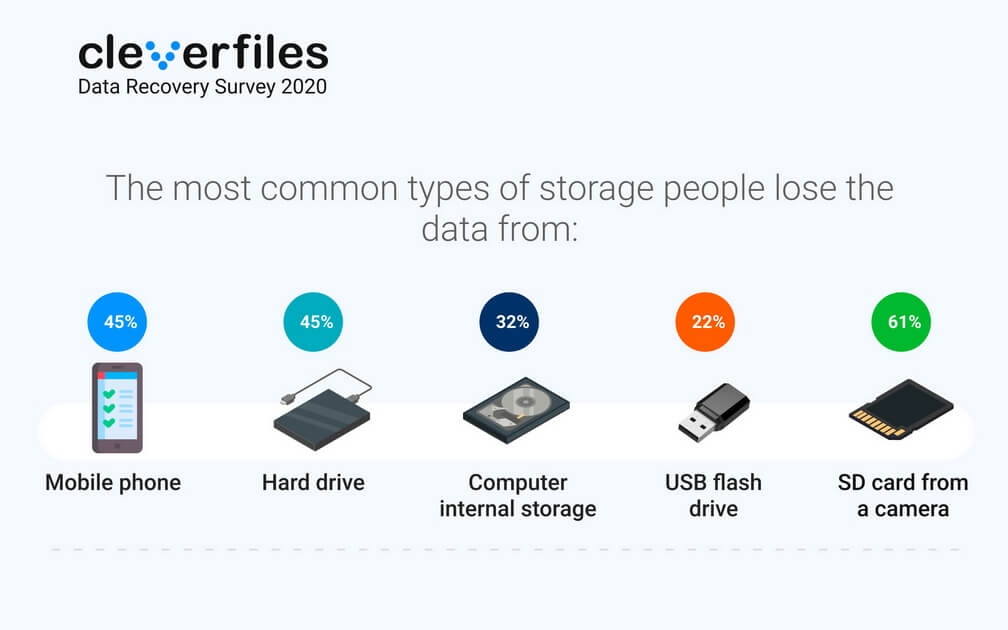 This survey has been conducted using an online interview administered to members of the Survey Monkey Audience panel of individuals residing in the US who have agreed to take part in surveys. Fieldwork was undertaken in April 2020. The survey was carried out online. The figures have been weighed and are representative of US adults (aged 18+) with a margin error of <5%.

The Most Effective Data Recovery Solution

If all of our respondents had used Disk Drill to get back their lost data, they would have been able to recover from any data loss scenario, even a smartphone-related one. That’s because Disk Drill supports all major devices and recognizes over 400 file formats. 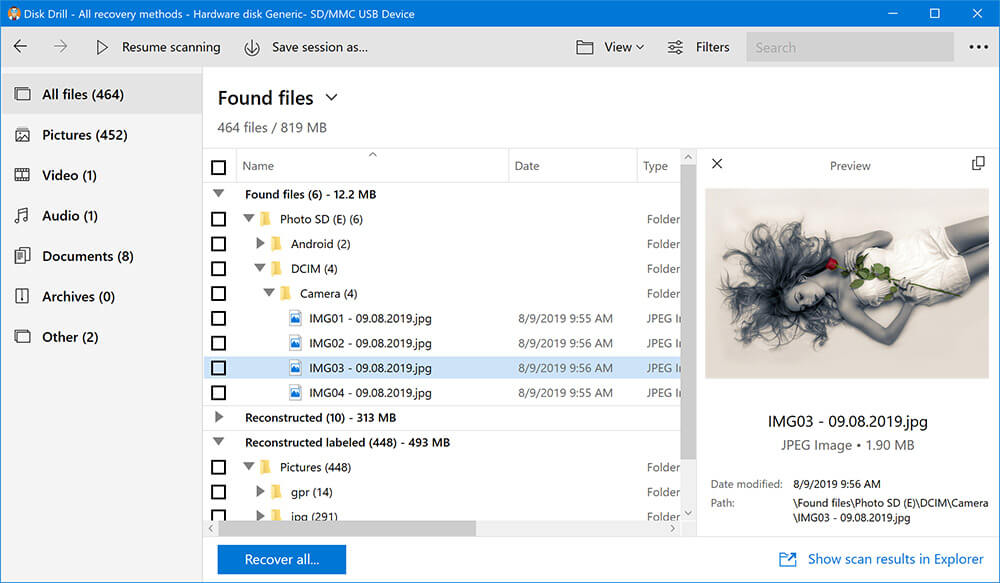 In addition to the aforementioned ability to create byte-level backups of any storage device, Disk Drill also helps protect data from further loss with the help of the Recovery Vault, providing a fast and easy method of recovering accidentally deleted files.