The Best Way to Handle an Over-Heated Storage Device

Home / Other / The Best Way to Handle an Over-Heated Storage Device
Posted on November 28, 2018 by CleverFiles Team

There are a number of urban myths surrounding the utility of using ice in data recovery efforts or to help repair a damaged hard drive. In this article, we will dispel those rumors and talk about the real effects that temperature can have on your storage devices and the data they contain. As far as employing ice in your recovery efforts, restrict its use to chilling a beverage to help you concentrate as you go about the business of attempting to restore your data. 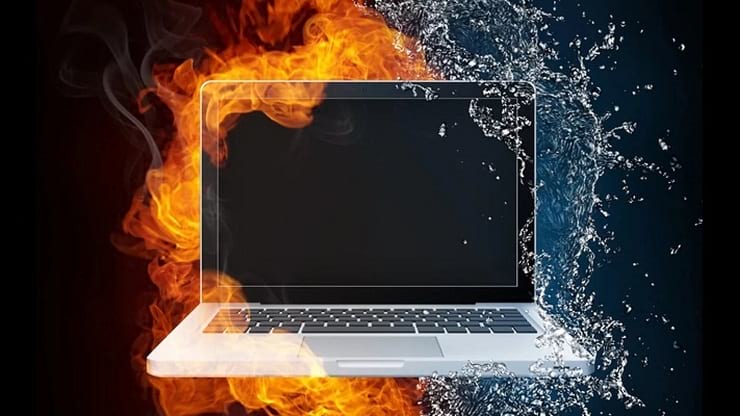 The temperature at which you operate your storage devices can impact their reliability and durability. There are recommended minimum and maximum temperatures that should be considered the limits to which you can safely expose a storage device. Exceeding these guidelines can lead to drive failure and degradation. Loss of your critical data is a real danger when your hard drive is subject to excessive heat or cold.

Most storage devices and hard drives are designed to operate at 🌡 temperatures between 20 degrees Celsius (68 Fahrenheit) and 50 degrees Celsius (122 Fahrenheit). Some manufacturers claim that their products can withstand a wider temperature range, and they can for a limited period of time. Their claims, however, should be viewed with caution and the temperatures we list above should be used as your guide when operating your storage devices.

Excessive heat will lead to hard drive degradation and reduced performance leading to an eventual catastrophic failure of the device. Studies indicate that a rise in temperature of five degrees Celsius can reduce the viable lifetime of a storage device by two years.

The structural components of your hard drive can be impacted by rising temperatures. Physical damage can occur to the electronics as well as the read/write head of a drive. Minute expansion caused by increased temperatures can cause moving parts to damage the media that stores your data.

How Does a Storage Device Get Too Hot?

A storage device can overheat due to a number of reasons. In some cases, you have considerable control over whether your disks are being misused.

Excessive heat can be the cause of degraded storage device performance and eventual failure. Before the device fails totally, you still may experience data loss. Signs that indicate that your drive may be overheating are:

If you notice these symptoms of an overheating hard drive, there are some steps that you should immediately take to try to remedy the problem. You want to try to cool the drive down if possible. The ventilation system should be examined and if found to be faulty, replaced. Make sure that you are not blocking any ventilation vents on your machine. Sometimes, using a laptop on a soft surface can block airflow and lead to overheating.

Don’t put your drive through the extra strain of rebooting your system. You should create a backup of your drive as soon as possible. We recommend that you use Disk Drill data recovery software to make a byte-by-byte disk image of your drive while it is still operational.

The advantage of creating a cloned disk image is that it can be used for data recovery purposes if your hard drive fails. Disk Drill will be able to scan the copy and recover the files that were lost as your hard drive’s performance degraded. A hard drive that is experiencing overheating issues will not be able to withstand the demands of being directly scanned in data recovery efforts. The cloned copy can be used as many times as necessary to restore your data.

The Myth of the Freezer Trick

One of the remedies for an overheated storage device that can be found in that wealth of information known as the Internet is known colloquially as the “Freezer Trick”. It has absolutely no positive impact on your damaged storage device, and can, in fact, make things worse.

Simply put, don’t put a hard drive in the freezer in the hope of correcting the damage that was potentially caused by excessive heat. It won’t work. The procedure may have had some benefits with older hard drives that were impacted by static friction where the disk platters would not spin. Freezing the disk would in some cases constrict the metal and allow it to freely spin again. Stiction is usually not a problem with modern storage devices.

Freezing your hard drive exposes it to the potential of water vapor present in the air inside the device to freeze and cause ice crystals to form. When you remove the drive to enact data recovery, the ice melts back into water. Water is not a good thing to have inside of an electronic storage device.

Rather than freezing your device and hoping to recover your data, let’s look at what to do if you have experienced data loss that you think has been caused by excessive heat. We will also look at a way to monitor your drives and be more informed about potential problems lurking over the horizon.

As previously stated, you want to make sure that your computer’s ventilation system is operating properly. If you have been using your device in the sunlight or in a hot environment, you should move it to a more favorable location, preferably an air-conditioned room.

Data loss is serious business and you may experience missing or corrupt files due to a storage device being exposed to excessive temperatures. In order to recover these missing files, you will need to use data recovery software such as Disk Drill. Take our recommendation to heart and use it to create a byte-by-byte disk image to be used for data restoration purposes. Putting your damaged disk through the strain of a data recovery will reduce the probability of a successful procedure.

Disk Drill will help keep you advised of potential temperature issues with your drive through its use of SMART monitoring (Self-Monitoring Analysis and Reporting Technology). You can configure it to display the current temperature of your hard drive in either Celsius or Fahrenheit and the tool will alert you if it detects drive problems. It lets you take proactive measures to protect your data before drive problems become severe.

So keep the ice in your drink 🍹 and your drive out of the freezer. It’s your best path toward successful data recovery.