Detecting Disk Failure on a Mac

Your Mac uses the built-in internal storage to save and access data allowing you to get things done. Without the data stored on the disk, your laptop would not work correctly if at all. The disk, along with the machine’s CPU, are the two most important components involved in designing a computer. Without either one of these critical elements, your Mac wouldn’t operate correctly.

Modern hard drives are more resilient than those used in previous generations of personal and business computers. The introduction of SSDs has minimized some of the mechanical issues faced by more traditional hard drives. You might go through life using multiple computers and never experience a disk failure. However, it’s important to be prepared and know how to handle it just in case it does happen to you.

Disks can fail for a variety of reasons. Your machine may be equipped with either a Hard Disk Drive (HDD) or a Solid State Drive (SSD). SSDs are faster and employ an electrical grid to store data. These are the kinds of drives you will find in most modern laptops including MacBooks.

They have fewer moving parts than an HDD which makes them less susceptible to mechanical problems. HDDs use mechanical means to read and write data to the disk and these parts can wear out over time, causing issues and the eventual failure of the storage device.

SSDs are found in most computers these days since they’ve come down in price and offer many benefits over traditional mechanical hard drives.

Here Are the Most Common Reasons That a Hard Drive Might Fail:

These dangers can affect your external drives as well as those inside your computer, so care should be taken with all of your storage devices.

Predicting a Disk Failure on Your Mac

The ability to predict a disk failure would save a lot of time and trouble, as you could take preventative action before any data loss occurred. While not foolproof, there are some indications that you should consider when determining the health of your computer’s disks.

S.M.A.R.T. stands for Self-Monitoring, Analysis, and Reporting Technology. It is a feature of modern disk drives and can be used to help predict drive failure. You can obtain information such as the wear level of an SSD drive which might indicate it is nearing the end of its serviceable life. S.M.A.R.T. is not perfect and will not always alert you to impending drive failure, but it can alert you to issues that you can address before disaster strikes. 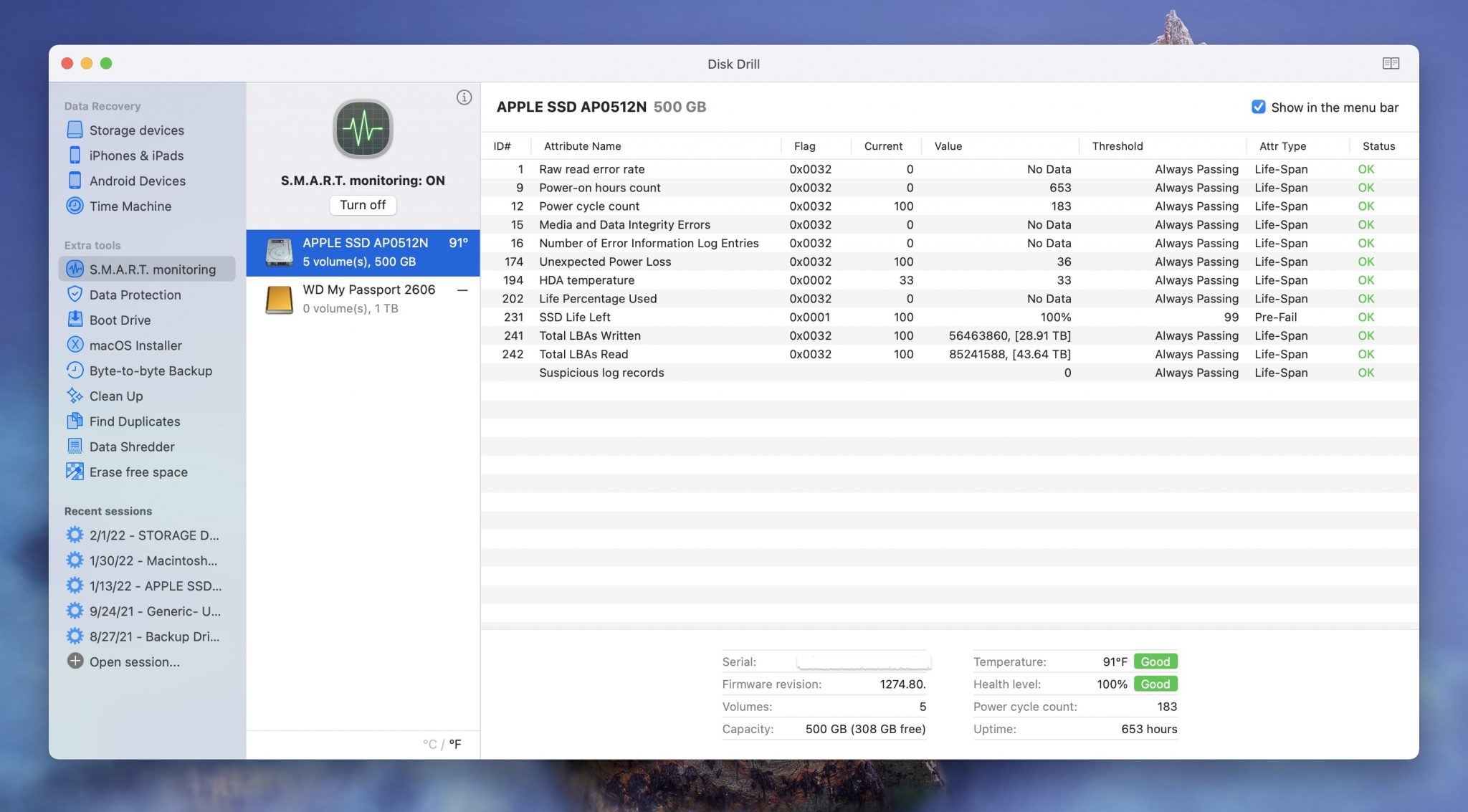 Third-party tools such as Disk Drill can be used to monitor the S.M.A.R.T. status of the drives on your Mac computer. It provides a window through which to gain some insight into the health of your drive and be better prepared if it appears to be experiencing problems.

Unfortunately, detecting a disk failure can be a painful and simple process. One thing to keep in mind is that some of the same problems you might experience from a failing disk can be caused by a malware infection. You would do well to run a full scan on your machine and determine that malware is not the root cause of your problems before accepting the fact that you may have a bad disk.

If you think that your computer may be infected with malware, I would recommend using Malwarebytes to scan it. 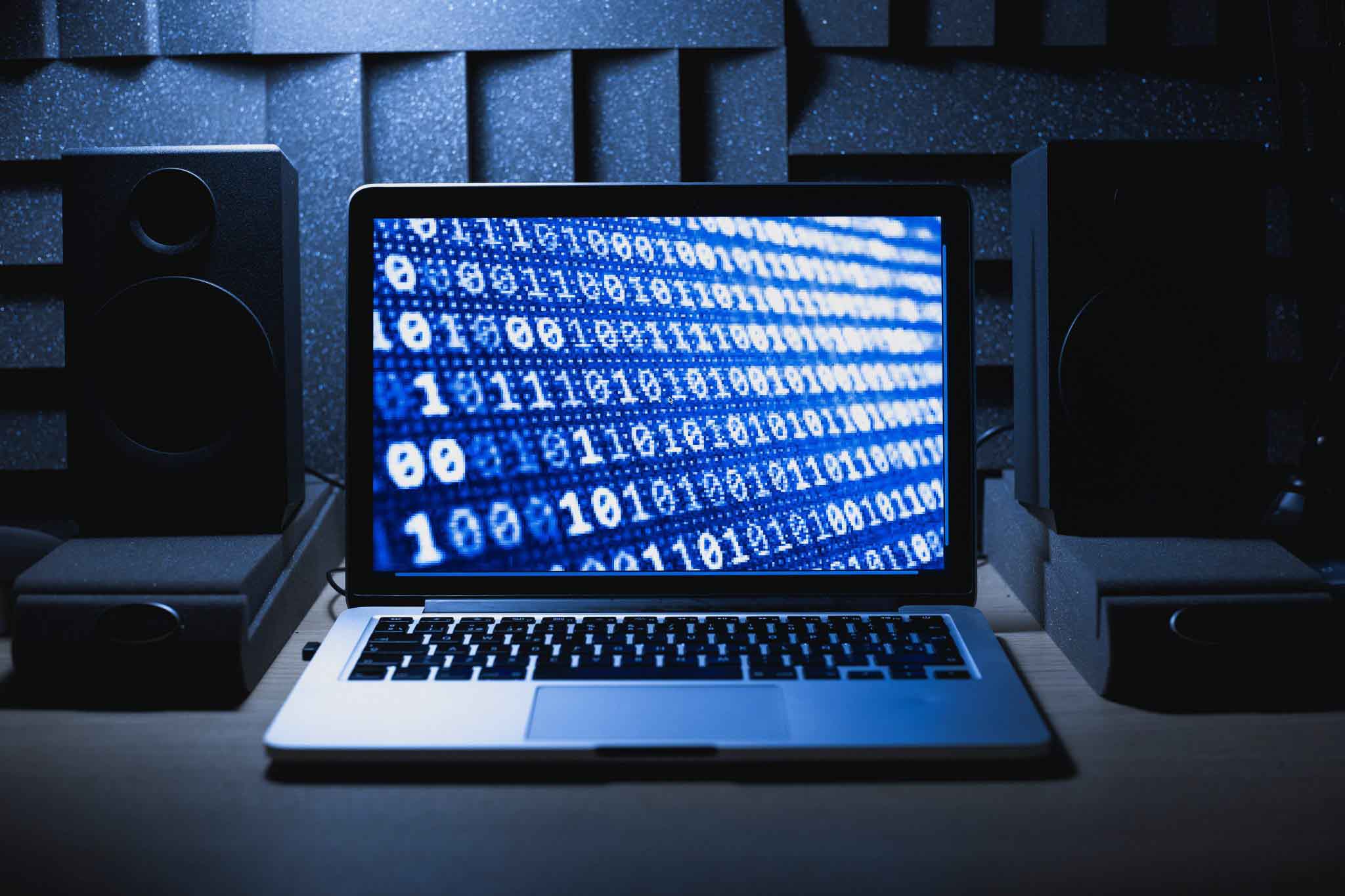 Your Mac may display an error message when booting it up which can indicate that there is an issue with your hard drive. There are multiple messages that can appear and they can indicate different issues.

Some messages you are likely to see include: 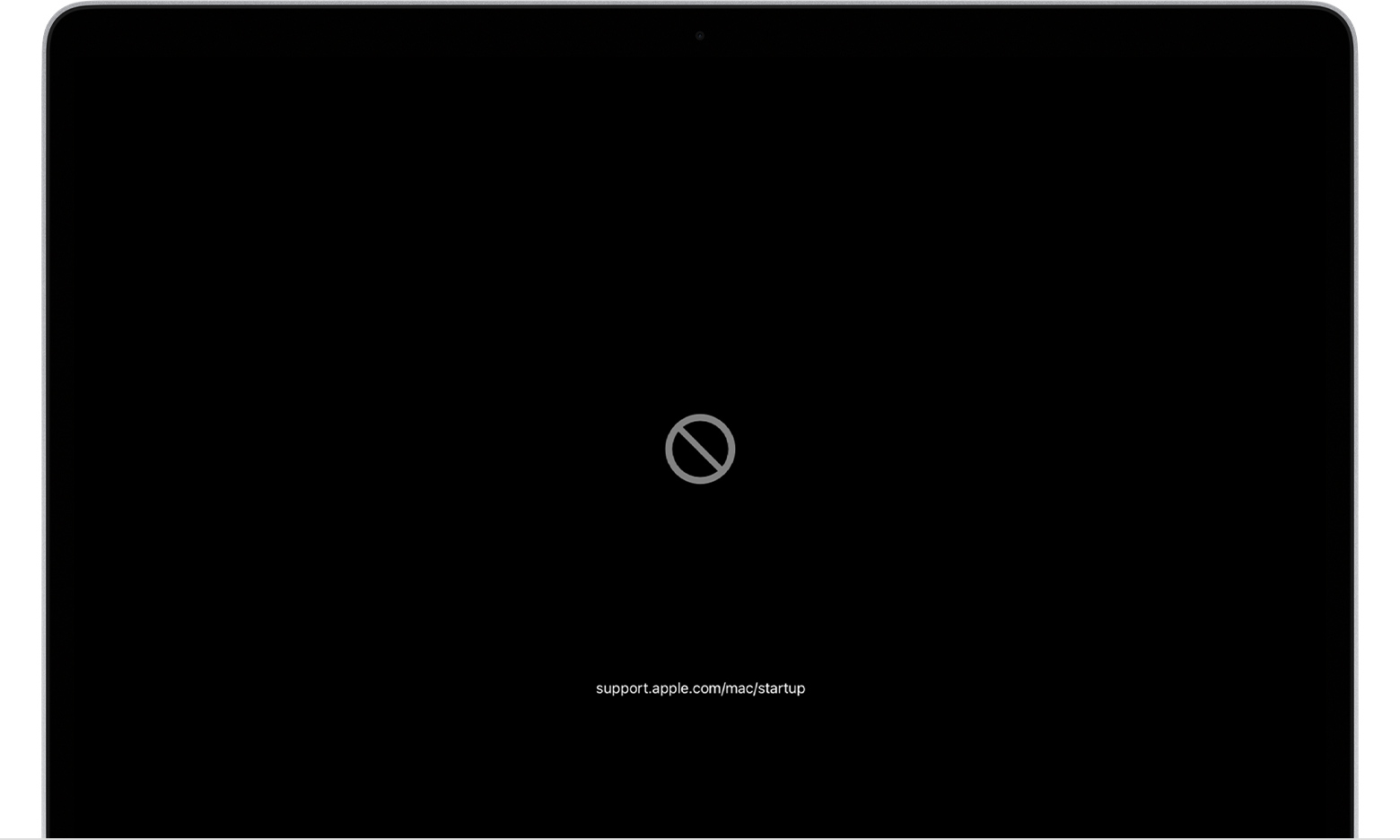 When a drive has indeed failed you may be unable to boot your computer. If it does start, performance might be downgraded and your machine will often freeze and crash. You may have no choice but to try to salvage the data that resided on the disk. Disk Drill enables you to recover data from a damaged disk by scanning it at the sector level to reconstruct and save your files. 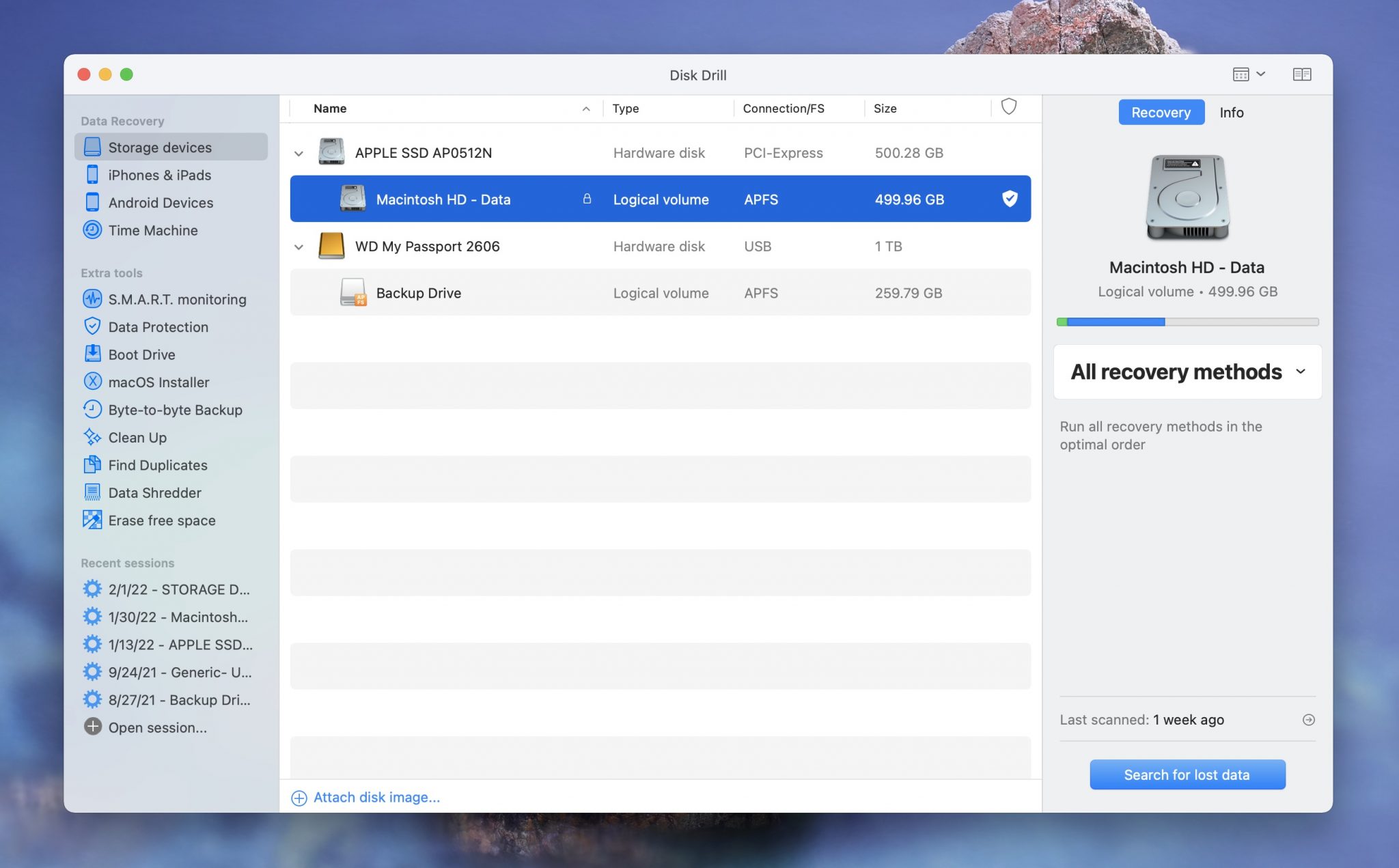 If your hard drive is failing, there could be disk errors causing issues, you may not be able to access files or folders on your hard drive. If this is the case, the first thing that you should do is use Disk Drill and try to recover files should the hard drive be failing. 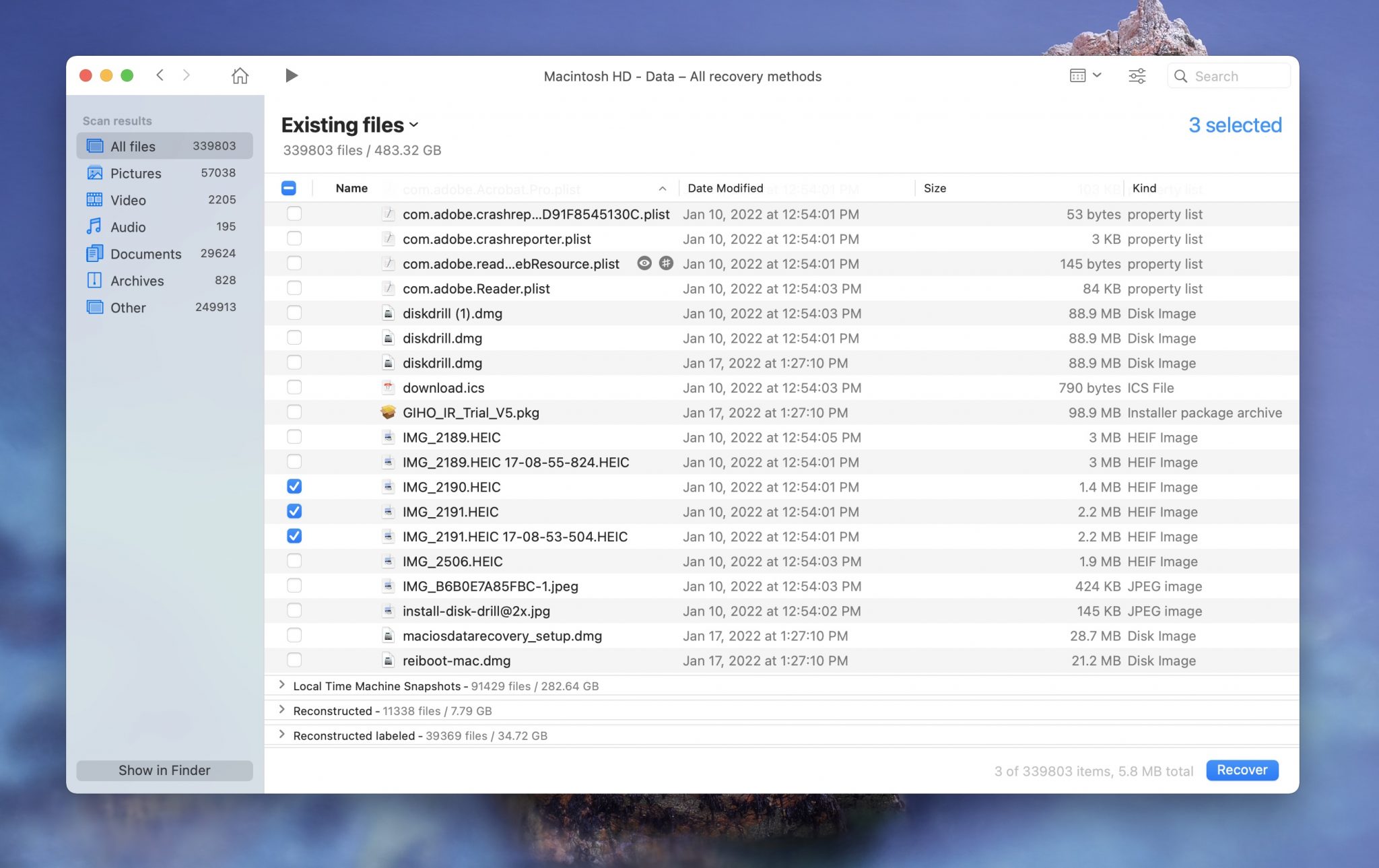 After you’ve recovered the files that are important to you, the next thing that you should do is use First Aid to try and repair the hard drive on your Mac.

If your Mac hard drive is full, deleting some files off of it should help increase the speed of it. This really only becomes a problem when the hard drive is almost completely full. Your computer users RAM and if your RAM is full, then it will swap data to your hard drive. It can’t do this if there is no space available on your hard drive.

You can check the storage on your Mac by going to the Apple logo in the upper left-hand side of your screen > About This Mac > Storage. 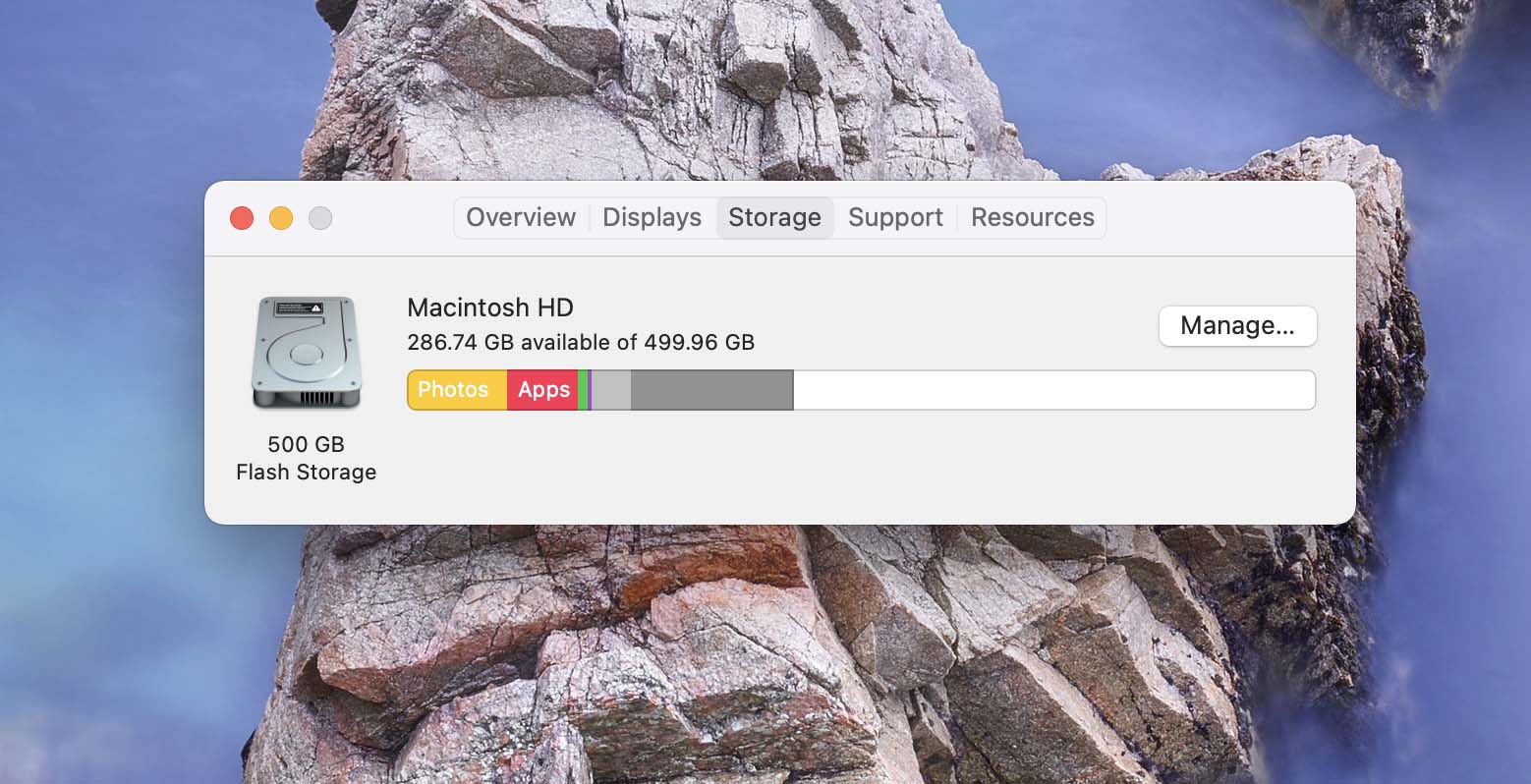 Methods for Preventing a Disk Failure on Mac OS X

There are several actions you can take if you suspect that your disk is having issues and may soon fail. They will not necessarily prevent the failure but will leave you in better shape to recover and minimize the impact of the damaged disk.

#1. Back Up Your Data Using Disk Drill

Protecting your data against an eventual disk failure just makes sense. You should already be performing regular backups if you value your data, but in the case of warning signals being sent from the drive, extra precautions should be taken. You need to be careful when attempting to create a backup of a potentially damaged disk. It may not be able to withstand the rigors of many more backups. 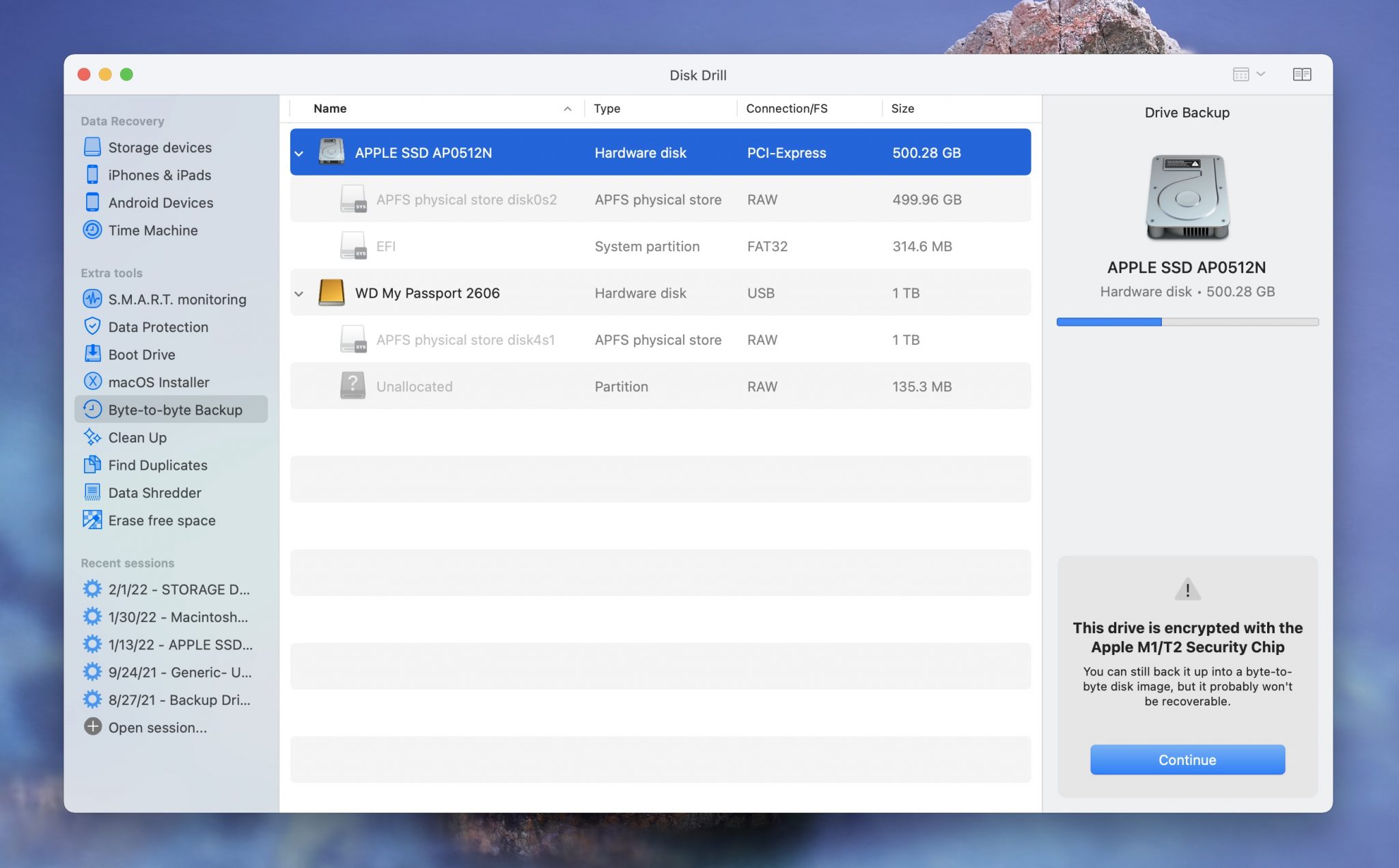 #2. Back Up Using Time Machine 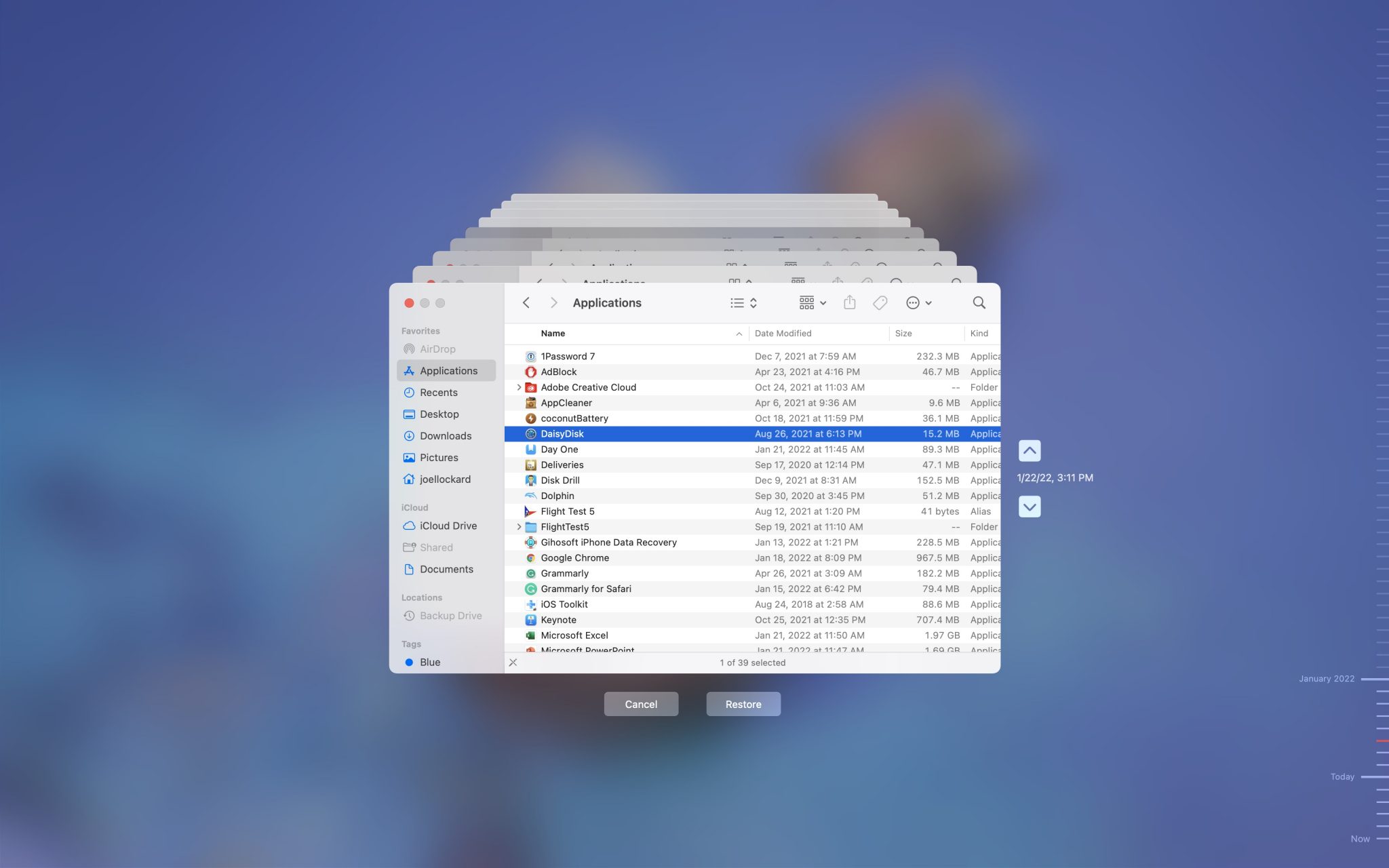 External hard drives are not super expensive these days and I would highly recommend that you back up your Mac.

#3. Use First Aid in Disk Utility

First Aid can help extend the life of your drive by fixing problems before they become critical. Running the First Aid process from within Disk Utility can repair file permissions or issues that are causing the drive to misbehave. It will alert you to an impending drive failure which indicates that you need to create a backup of your data as soon as possible. 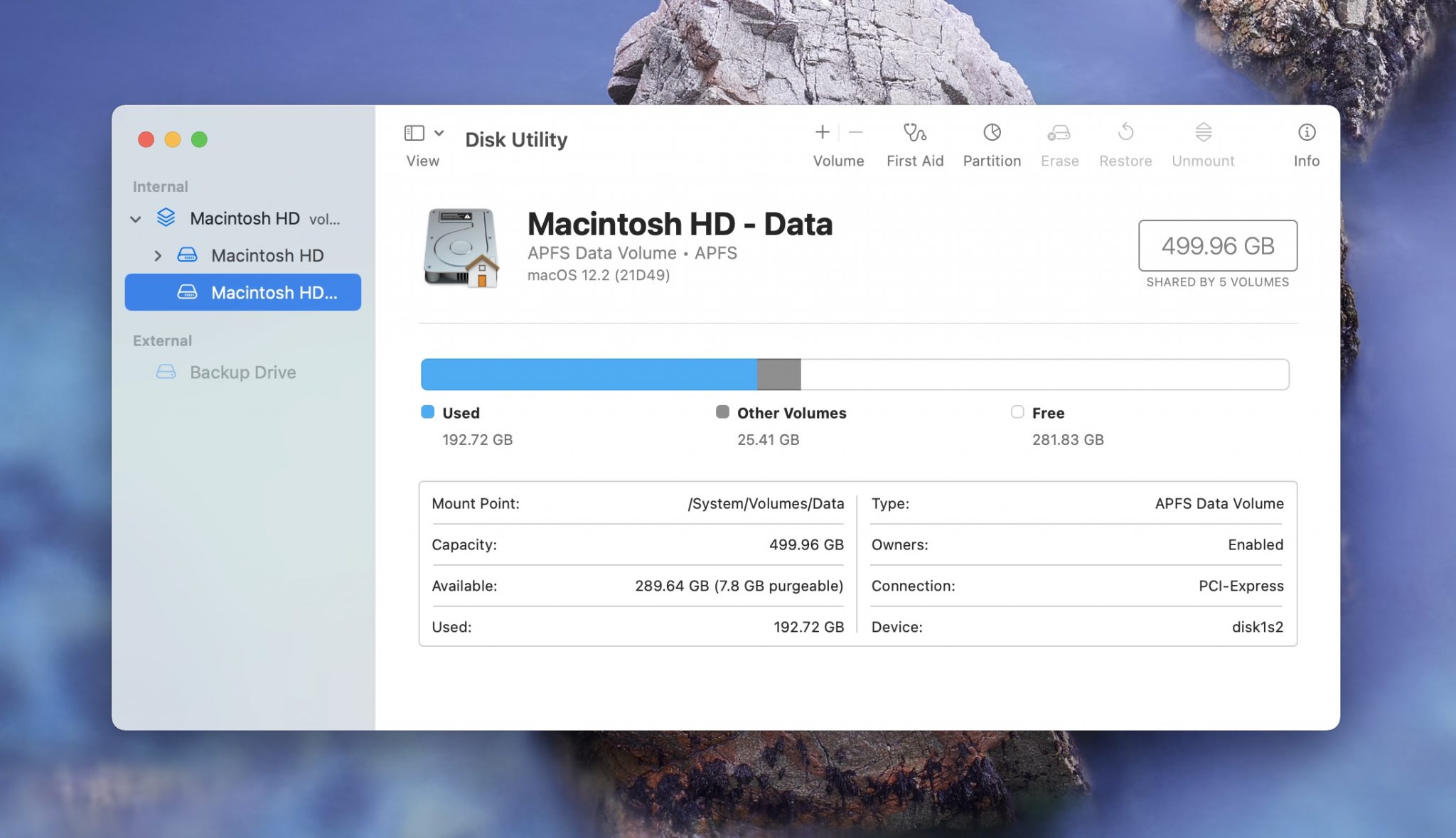 Recovering Your Mac From a Disk Failure

Despite your best efforts, your drive may indeed fail and leave you scrambling for a way to get your data back. Here are some options for you to consider when faced with this dire situation.

When using Disk Drill, it’s free to scan your Mac and look for the recovered file. I would recommend trying it as it’s a powerful and awesome tool. You will only need to pay for and purchase the app if you choose to recover files.

In the case of external drives or if the device can be removed from your machine, you can try using another computer. It may not function properly for the purpose of starting your system, but may still operate sufficiently well to allow you to extract the data from it through Disk Drill. When following this route, move the data off of the problem disk immediately, as the longer you delay the potential increases for a total failure.

You can engage a data recovery service such as CleverFiles, to attempt a rescue of the drive’s information. This is not an inexpensive option and will mean you are without the drive for some time. You are also trusting the recovery service with any sensitive data that is on the disk which may not be to your liking.

Sometimes there is no technique that can help you recover from a failed drive except to restore the data from backups that were previously taken. You probably have heard that backing up your data is an important part of using a computer, and now you can see why. Start backing up your data today if you are not already doing so and use one of the methods in this article to recover data from a failed disk should you need to. It might be the only way to save the valuable information stored on your Mac.

What Do I Do if My Mac Hard Drive Fails?

Can You Fix a Hard Drive Failure?

Usually, no you can not. If a hard drive has failed, then usually it has something to do with damage that occurred to the hard drive, or an internal piece has broken and the best course of action is to use Disk Drill and try to recover your data if you still can. If you can’t get the data off of it, then you should contact CleverFiles and use their data recovery service center.

How Do I Know if My Mac Hard Drive Is Corrupted?

If your hard drive is corrupt, you will most likely see one of these messages. In addition, if it’s the internal hard drive in your Mac, you might not be able to use your computer. If you can, I would recommend that you attempt to recover data using Disk Drill and put it onto another storage device.

How Do I Recover a Dead Hard Drive on a Mac?

If your hard drive is completely dead, meaning that it won’t book or work at all it would be best to reach out and contact CleverFiles data recovery center.